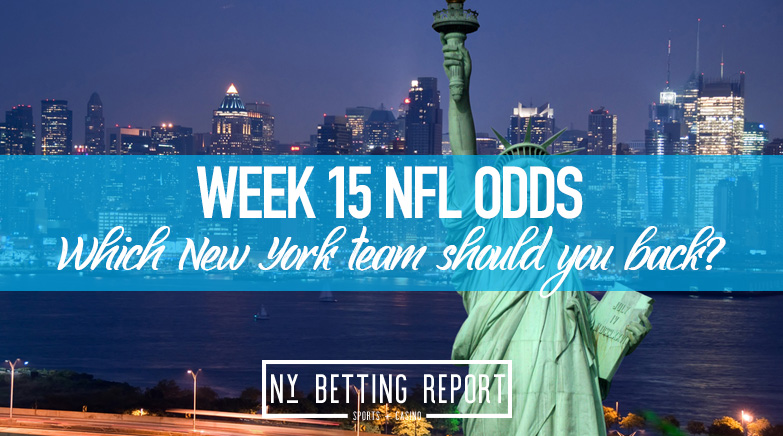 There are only a few weeks left in the NFL season, and there are some great matchups to watch from the New York teams. The Bills head to Denver to take on the Broncos, the Jets travel to Los Angeles to face the Rams, and the Giants are playing the Browns at home in primetime.

Here are the best bets in Week 15.

The Denver Broncos are going to be an interesting matchup for the Buffalo Bills this Saturday. Yes, the game is being played on Saturday this week with the end of the year schedule. PLaying at Mile High Stadium is never easy, and the Broncos have a defense that can limit Josh Allen and the Bills’ offense. The question will be whether or not Denver can move the ball this week. On Sunday, the Broncos put up 30+ points against Carolina. Although the Buffalo defense is better than Carolina’s, it is still not as strong as it has been in recent years.

The winless Jets head to Los Angeles for the second time this, but they will take on the Rams this time. When New York faced the Chargers at SoFi Stadium last month, it resulted in a loss. Now, the Jets have a chance to pull off a shocking upset over Los Angeles and win its first game of the season. However, the Rams are in first place in the NFC West and will do everything possible to make sure the Jets have no chance of pulling out a win. This could be a slight look-ahead spot to Seattle and Arizona to finish off the season.

The Giants and Browns are squaring off on Sunday night this week. Cleveland is coming off a tough home loss to Baltimore and now has to travel to New York to keep its playoff hopes alive. The Giants are trying to do the same thing as they sit in second place behind Washington. A win would be huge for the Giants, but it will be tough going up against a Browns team that has been steamrolling cupcakes this year.

I really like Denver in this spot. The number feels gross, especially with the Bills beating the Steelers in primetime last week. Now, they have to head to Denver on a short week, with a team that can keep the game close this week.

Another gross has to be bet with the Jets now over +17. The Rams finish off the year with Seattle and Arizona, so there is a good chance that Los Angeles isn’t fully motivated against a winless New York team. As bad as the Jets are, look for New York to keep the game close and potentially hit the backdoor.