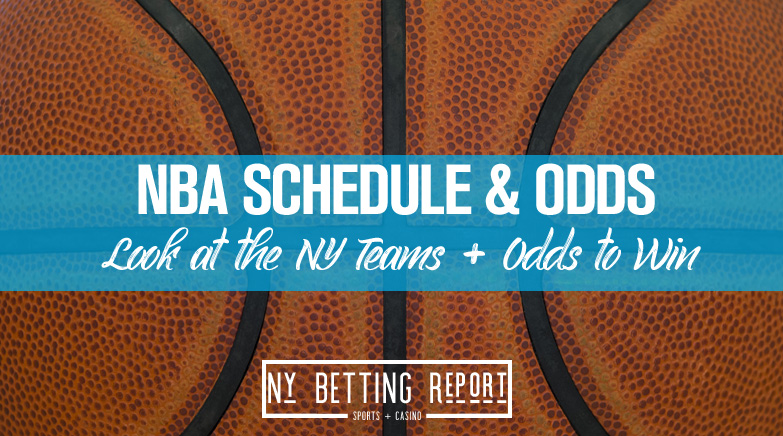 The NBA released the leagues restarts schedule, on Friday. There are 22 teams still competing for playoff spots and will be down in Orlando. Those teams will play eight games in 16 days to wrap up the 2020 regular season.

The NBA understands that this year is different than any other. All 22 teams will be playing down in Orlando for neutral site games. With teams still competing for playoff spots, this could make or break a team’s chances of making the postseason.

Right now, the Nets are the seventh seed in the Eastern Conference and have a half-game lead over eighth-seeded Orlando. The Knicks were eliminated from playoff contention and will not be playing in Orlando.

Starting July 30, the NBA restarting their NBA season with the first game being between the Utah Jazz and the New Orleans Pelicans. All NBA teams will be playing eight games to wrap up the regular season. 22 teams will be playing in Orlando for two weeks. All teams still have a chance at a playoff spot, and the remaining eight are done for the season.

Also, the NBA has all games scheduled on three courts with two of them available for nationally televised games. On some days, the NBA could have six games playing with the earliest ones starting at 1:00 PM Eastern.

The New Orleans Pelicans have the easiest remaining schedule among the 22 teams, and the Miami Heat have the toughest. The Nets have the sixth easiest schedule, which should help them clinch a playoff spot.

With the circumstances the NBA is under, the final eight games could make or break teams as they head into the playoffs. All games will be on a neutral court, so home-court advantage will be foreign this season. Also, injuries could play a factor with teams having to go every other day after a four and a half month layoff.

Overall, NBA fans should be excited the have the league restarting. Now, the goal is to make sure everyone stays healthy in Orlando.

The Nets tip-off their restart with the Magic on July 31 at 2:30 PM Eastern. This is a pivotal opening game as the Nets hold a half-game lead for the seventh seed over the Magic. They then have to go up against the Wizards who are the current nine seed in the conference. However, the Nets and Wizards are separated by six games, so the intensity might not be as strong game two.

Of the remaining six games, the Nets have four games against playoff teams, and two games against teams on the outside looking in. They face off against the Bucks, Celtics, and Clippers, which will all be tough matchups. Also, they will play the Magic again, which could decide who gets the seventh or eighth seed in the conference. The two non-playoffs teams they play are the Kings and Trail Blazers.

Overall, the Nets have an easy road to go at least .500 during the eight games in Orlando. Also, Brooklyn will be fighting for the seventh seed as the 76ers, who sit a six, are eight and a half games ahead, so there is no chance for the Nets to move up. However, the goal should be to get the seventh seed, as they would most likely play the Raptors in the first round compared to the Bucks.

As of writing this, the Nets are +16000 to win the NBA title, according to FanDuel. In a superstar driven league, the Nets haven’t had healthy superstars this season. The league knew Kevin Durant would most likely miss all of the 2019-20 season after he tore his achillies in the 2019 NBA Finals. Also, Kyrie Irving has only played in 20 games since joining Brooklyn.

Without Durant and Irving suiting up for the Nets, this makes it difficult to make a run in the Eastern Conference. They will most likely face off against the Bucks or Raptors, which is a bad matchup for Brooklyn.

The Nets will most likely be a playoff team this season. The schedule is in their favor to close the season out strong. However, even with the delay in the season, it is most likely Irving and Durant will miss the Orlando restart. Brooklyn fans shouldn’t be disappointed. This will give the superstars more time to make sure they are 100 percent for the start of the 2020-2021 season.