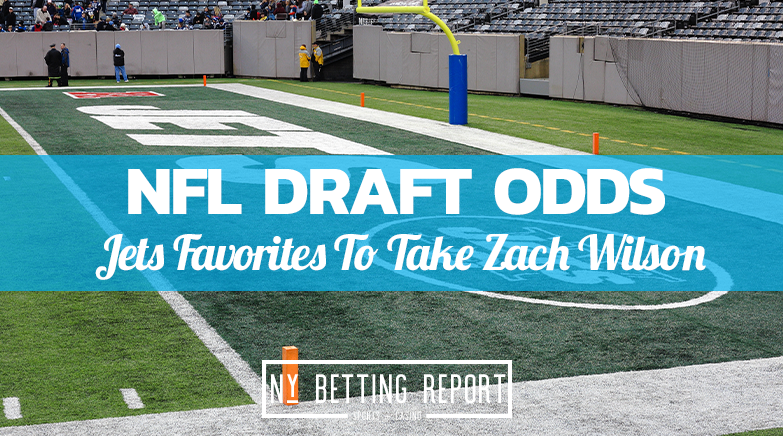 With the NFL Draft creeping up on us, DraftKings Sportsbook recently added a few more betting props. The one that will catch Jets fan’s eyes will be the 2nd overall pick odds. With Trevor Lawrence unanimously going to the Jacksonville Jaguars, there have been many questions about who the Jets will take. Of course, this would mean they don’t trade this pick with Houston for Deshaun Watson. At the moment, Houston hasn’t been fielding offers despite many interested.

At the moment, Zach Wilson is -167 to go to the Jets at the number two overall pick. Next in line is Justin Fields at +260. With New York moving on from Sam Darnold and owning the number two pick, it was always about which quarterback they were going to take. A few months ago, this might have been Fields, but the hype around Wilson is beginning to grow. Now oddsmakers certainly have access to more inside voices than those doing mock drafts, but both are now in agreement on the two. Being a negative favorite to go on a pick is usually a sure thing. Although, I don’t think anybody would be surprised if Fields ended up being the second overall pick.

Zach Wilson played three seasons at BYU and is coming out at 21 years old. He is coming off of a strong season, completing 73% of his passes for over 3,500 yards and 33 passing touchdowns. He also tacked on ten rushing touchdowns as well. He is 6’3 and not a big frame but isn’t getting the size complaints of some others that compare to his playing style from the past. The college production is pretty limited as he struggled in 2019. He has some mobility and a strong arm, but the charisma is what seems to be the talking point of late. He certainly fits the bill for being a Jets starting quarterback, and the ceiling is what NFL scouts look to be after.

New York should be looking to upgrade most of their offensive positions. With cap space and plenty of draft picks in a loaded class for both the draft and free agency, the Jets could make major moves over the offseason. The quarterback position is going to be added to in a few weeks, and they also have a chance to partner up their new rookie quarterback with a bolstered receiving core. New York can address this in a deep, wide receiver class in the draft as well as look to free agency. Running back is also a need for the Jets, and there are some very talented ones within the draft that they could snag with a mid-round pick. On the defensive side of the ball, New York really needs an edge rusher as well as some help in the secondary, primarily at corner. With two first-rounders, a second-rounder, and two third-round picks, the Jets will have plenty to work with within a talented draft class. They could also pull in another pick or two from trading Darnold.