A Look At NFL Draft Odds For New York Teams 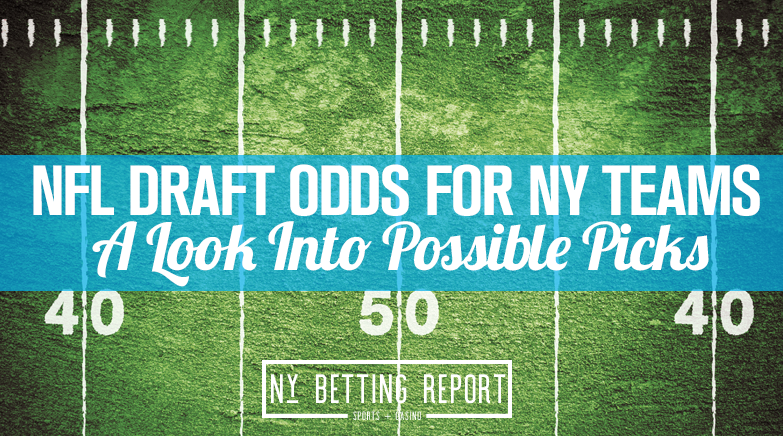 The 2021 NFL Draft is a week away and this class is loaded with talent. The Giants and Jets have top picks, while the Bills are coming off a terrific season and are lower in the order. The Jets at two have been heavily linked to Zach Wilson, while everything else is up in the air. They have a huge haul of picks at their disposal for this year. The Giants are sitting with a top-12 pick and could go a number of ways. Buffalo will have a late-round first to add to an already established roster. On DraftKings Sportsbook, you can see odds for many of the teams/players.

Zach Wilson is -5000 to be selected by the Jets. This has been a lock for the last two months now as Lawrence-Wilson are expected to go one-two in the draft. Now The Jets have an abundance of picks to use. DraftKings has a Jets special that shows the odds are in favor of taking a corner with their second pick at +225. Running back is next at +350 and offensive lineman is at +400. The offensive lineman is really intriguing here because there could be a run in this range and the Jets have picks to solidify a running back need and corner a little later. There is a chance they can get a solid Tier 2 type guy here. However, DraftKings does show -150 odds for the second player to be on defense. It should be either a lineman or corner in this spot.

DeVonta Smith leads all players in odds at +250 to be drafted by the Giants. After that, it is +500 for Micah Parsons and Rashawn Slater. All three are major needs but the most impactful would be Smith and Slater. They desperately need to improve the offensive line and Slater would slot right in as a Week 1 starter. Kwity Paye, Patrick Surtain, and Jaylen Waddle are +600. Paye and Waddle are in play depending on what happens in front of them. Surtain would be a surprise as CB is not a huge need.

Buffalo isn’t sitting with many draft specials as they are picking late in the first round. However, they do have a draft special for the position of their first drafted player. It is highly expected to be defensive as odds say -210 for just a defensive player alone. Odds say a corner at +275 or a defensive lineman at +300 will be the move. Buffalo needs to add to the secondary and they have been missing an edge rusher to really take the team to another level. There have been grumblings of taking a running back, which sits at +400, but this is mostly noise. The Bills should be addressing more pressing needs, which isn’t a running back.