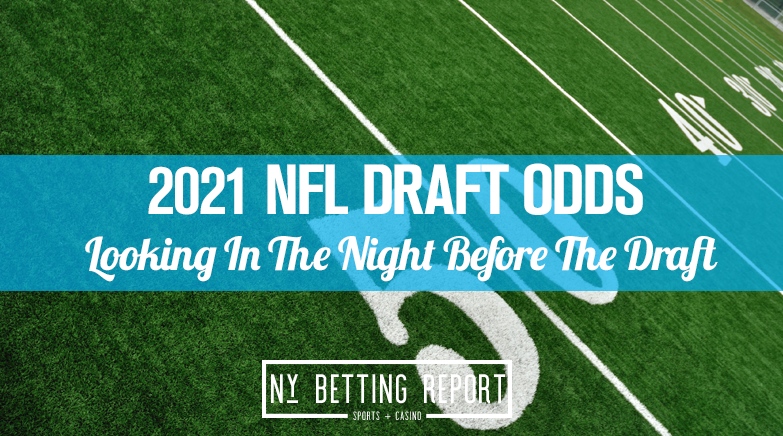 After looking into the New York teams and their draft odds, it is time to dissect the rest of the draft. This is coming after the Teddy Bridgewater trade from Carolina to Denver, who are both in a similar situation where they could be in the market due to the instability at the position. There are also a handful of top-end wide receivers in the draft, plus the Falcons pick at 4. Will they trade back or stay put and take a big name? San Francisco sits at three and Mac Jones seems more and more likely by the day.

These odds have been all over the place over the last two months. Mac Jones has been linked heavily to the 49ers, but of course many are questioning why paying up so much to pass on Justin Fields or Trey Lance. Jones is now -305 to go third overall and Lance is +300. Fields have fallen further at +500 and then you take a massive jump towards Kyle Pitts at +3300. The 49ers have certainly been looking to upgrade their quarterback and it seems Jones is going to be their guy.

This one is interesting given there are three worthy runningbacks to take within the first two rounds. Najee Harris remains the favorite to be selected and has been linked to the Steelers in the first round. He is at -225, but there are still names like Travis Etienne at +150 who could land in New York or Miami due to them having second picks before Pittsburgh. Javonte Williams isn’t far off in terms of talent but does sit at +500.

After the Teddy Bridgewater trade, Carolina has now moved to +300 and are tied with the Patriots in odds at +300 to draft Justin Fields. Denver has fallen back to +600, behind the Lions, Falcons, and 49ers who are +500. There is still an outside chance that the Bears or Washington Football Team make a trade-up, but the odds are not great.

There were reports that the 49ers were between Mac Jones and Trey Lance, which has led Jones still being the heavy favorite, but Lance still in the mix at +300 to the 49ers. Carolina also is in play at +400 alongside New England. The Patriots are heavily favorited for a possible trade-up depending on how things fall. Denver is still intriguing at +600 as the Bridgewater trade still doesn’t take them out of the running for a quarterback.