All Sports Betting All the Time Network Heading to Sling TV

Sling TV has become a popular option for people throughout the United States, and sports bettors will likely give it a try after the latest announcement. Sling TV announced that SportsGrid would be launching its network on the television provider. 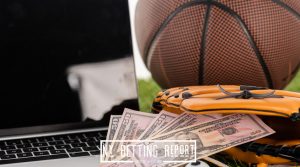 The SportsGrid Betting Network will be available for free to users of Sling TV, which is another reason to give it a try. Customers will be able to get free betting previews and betting tips without having to pay a fee.

SportsGrid Betting Network has a mission to make betting easier for its customers, and this new service should accomplish that. It’s unclear when the network will launch, but Sling TV believes that it will be soon.

What is the SportsGrid Betting Network?

SportsGrid Betting Network is a digital-first linear video network. SportsGrid creates original programming, and all of the programs are streamed live.

Daily fantasy sports and other forms of sports betting are the main areas of programming that are featured on the network. The company also delivers breaking news for all of the top professional sports leagues.

Sportradar provides the SportsGrid Betting network with all of its stats and information, and it allows the network to deliver information in real-time. There aren’t many competitors to SportsGrid on the market, making them an exclusive provider in the sports betting realm.

Former Indianapolis Colts punter Pat McAfee will be one of the men that will anchor the launch of this new network. McAfee has been in the television and social media industry since his retirement, and he has built up a large following.

“The Pat McAfee Show” will air nightly during the week from 10 PM until Midnight Eastern. McAfee will deliver his witty stance on all of the late-breaking news and discuss some of the top highlights of the night.

Along with being a former NFL punter, McAfee is also a stand-up comedian and an analyst for football and professional wrestling. McAfee made a name for himself when he joined Barstool Sports immediately after retiring from the NFL.

The Pat McAfee Show will be in the primetime slot for the new network, but there are two other featured shows on the daily lineup. These two shows will deliver mostly betting previews for upcoming matchups, but news will also be discussed.

Scott Ferrall will host, “Ferrall Coast to Coast,” during the week from 4-6 PM Eastern. Ferrall will give a quick preview of all of the upcoming sporting events in primetime and discuss the best betting lines associated with each game.

Gabe Morency and Cam Stewart will co-host “Game Time Decisions” from 7-8 PM Eastern each night during the week. This show will focus on real-time data and stats to help bettors make last-minute betting decisions.

Other shows will be added to the lineup in the coming weeks, but these three are the headliners when the network launches.