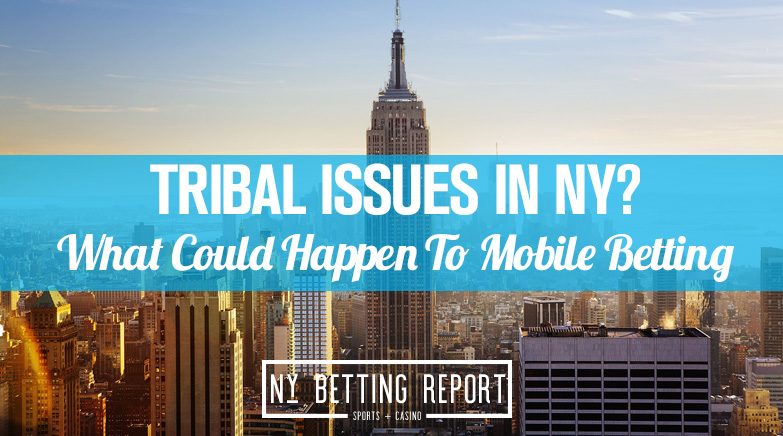 New York has had a very rocky start to trying to get legalized online sports betting. For one, they legalized retail sports betting to be tied with upstate casinos, but that is a small market. Instead, many have been just going to neighboring states to bet online and will continue to do so until everything gets approved. Just recently New York legalized online sports betting because it fell into what Governor Cuomo wanted, which was a limited operator model that made companies bid for a license. There are still several months before those in New York will be able to bet online but as time goes on new issues keep popping up.

There wasn’t a ton of thought put into how online betting would affect the tribal casinos. The Oneida Nation had an agreement signed back in 2013, which usually puts a hold on sports betting. That was an issue for Arizona before they agreed on a new compact and Florida is going through challenges at the moment as well. At the moment, there has not been an agreement on sports betting and that is a concern. Because of this, New York could just ban ten counties in the northern part of the state. Tribal partners would need to be included in the agreement. Things would then get tricky as there would be pushback from the tribes, especially when it comes to the revenue from slots and casino games.

The amount of unknown makes it tough to see what will happen, but you have to imagine with so much revenue up for grabs for both sides, they will find a way. I don’t believe either side will want to make this a bigger deal, but obviously, the tribal side will want something changed. It is also obvious that the state will want to avoid any legal issues to derail mobile betting.