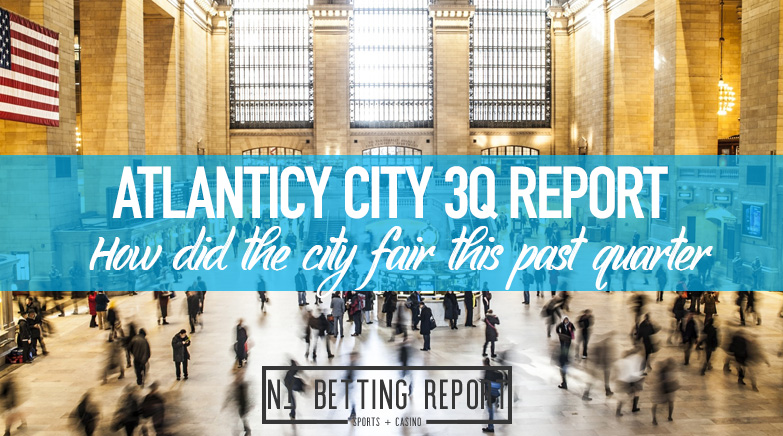 Atlantic City has had a roller coaster of a year. After operating for nearly the whole first quarter of 2020, the entire city shut down when the coronavirus hit the New York and New Jersey area hard in March and April. The area remained closed for the entire second quarter and finally reopened in early July as the virus was not spreading as much.

On Monday, the New Jersey Division of Gaming Enforcement released its third-quarter numbers showing the state over $150 million in gross profits for Atlantic City. Despite being down over 37% from the third quarter in 2019, this is still huge news for Atlantic City, reporting a $112 million loss due to the COVID-19 shutdown.

The official third-quarter numbers can be found here. These numbers should be encouraging for Atlantic City to see even with limited capacity in a pandemic. People are still showing up to get their gaming fix despite the difficult times.

Maybe it shows that people are still looking to play slots or some table games to get out and forget about what is happening in the world for a few hours.

Atlanticy City by the Numbers

Although Atlantic City casinos saw a decline from 2019 third-quarter numbers, the overall intake was not bad for 2020. Hard Rock brought in $20.9 million, while Harrah’s and Tropicana were not far behind at $19.3 million and $18.2 million, respectively. Caesars also brought in $17.5 million for the third quarter.

Despite decreases across the board, the overall numbers are not terrible for 25% to 50% capacity at the casinos. Also, Atlantic City is fortunate to have online casino gaming in the state, which has helped the state’s blow.

What Does This Mean Moving Forward?

The revenue numbers might not be great in 2020, but anything is better than nothing, especially for businesses to survive in a pandemic. As long as Atlantic City remains open, then they will continue to see pretty good revenue numbers for limited capacity.

New Jersey Gov. Phil Murphy recently restricted Atlantic City casinos to only 25% capacity while also limiting indoor dining this past week. This might hurt Atlantic City in the third quarter, but the casinos remain open as long as COVID cases do not spike too high.

Atlantic City should see over $100 million in revenue for the fourth quarter of 2020 and hopefully begin to increase as we slowly move past the pandemic.

The third quarter shows that people are still willing to show up in a pandemic. As long as Gov. Murphy does not fully close casinos, then there is a chance that Atlantic City survives the pandemic with no problem. Fortunately, New Jersey also offers online gaming, which has seen record numbers in recent months due to people gaming at home.

Still, going to the casino is a much better experience than playing online, but Atlantic City will be able to recover once the pandemic is over.