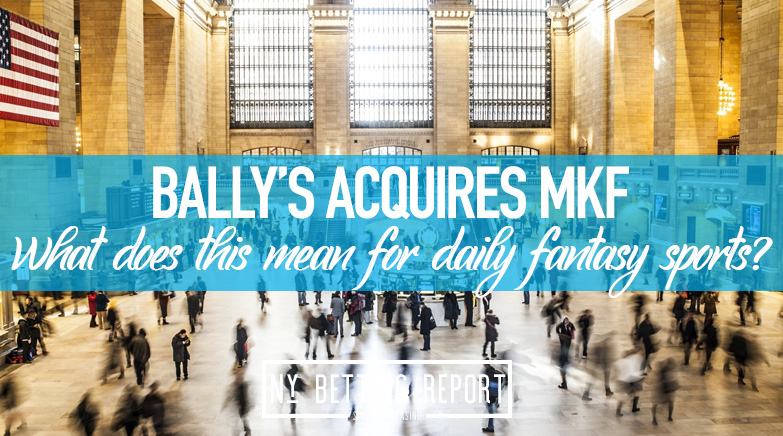 “With this acquisition, we are pleased to enter into the high-growth DFS market. Monkey Knife Fight is a unique asset that we look forward to incorporating into Bally’s constantly growing omnichannel portfolio of land-based casinos and iGaming platforms,” said George Papanier, president and CEO of Bally’s Corp.

Monkey Knife Fight has grown into the third-largest daily fantasy sports site in the U.S. behind DraftKings and FanDuel. MKF has 180,000 active users and 80,000 users that have deposited funds into the site.

Monkey Knife Fight operates in 37 states and is one of the fastest-growing DFS operators in the industry. Bally’s plans to use MKF in states like California, Texas, and Florida will make up a huge portion of its operations. Monkey Knife Fight also has operations in Canada and could see an explosion of growth up north if Canada expands sports betting this year.

Bally’s has also been expanding its brand name through media partnerships. Last year, it partnered with Sinclair Broadcast Group and was also finalizing a partnership with Bet.Works. Bally’s wants to grow its business to consumer customer base, and the partnership with MKF will help the gaming giant do that.

Bally’s now owns the third-largest DFS operator in North America, and the growth might not stop there as Monkey Knife Fight might look to get into the sports betting industry in the coming years. This partnership could go beyond DFS for Bally’s.

Monkey Knife Fight has been growing all over the U.S. in recent years. In 2020, they formed partnerships with the Los Angeles Kings, the Staples Center, and the NFLPA to help grow its online brand.

Specifically, with the NFLPA, players in the league showed a lot of support for the partnership. Guys like Deshaun Watson talked about how he used to play fantasy football growing up and can now be the face of a company like Monkey Knife Fight.

MKF was also looking to expand its partnership in California as it is the most populated state in the U.S. The growth is also for a long-term view in potentially expanding to sports betting. Bally’s has the reach for MKF to become its sports betting brand, similar to how Caesars acquired William Hill for the same reason.

With the success MKF has had in the DFS industry, there is no reason why they couldn’t have the same success in sports betting. DraftKings and FanDuel both made the jump and are two of the largest sports betting operators in the U.S.

Monkey Knife Fight can do the same thing in the coming year thanks to being acquired by Bally’s.