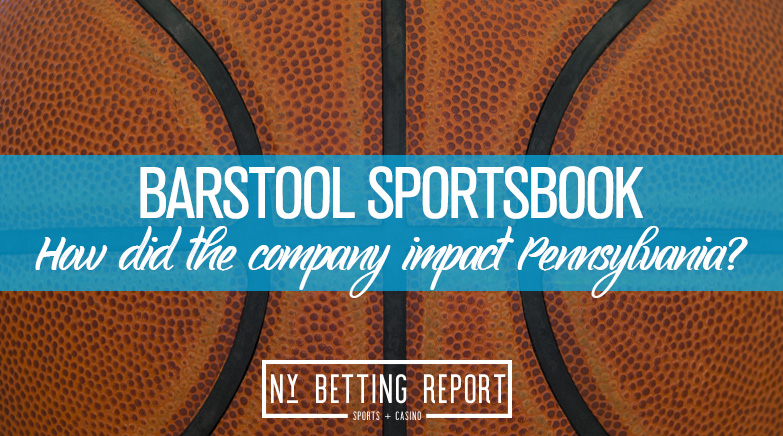 Morgan Stanley reported that Barstool Sportsbook was downloaded over 63K times last weekend, and averaged 21K downloads a day from Friday to Sunday. The numbers quickly broke DraftKings and FanDuel records when they officially launched.

DraftKings’ single-day record was September 10 this year with 19K downloads. In the first weekend of launch in New Jersey in 2018, the app was downloaded 4K times. FanDuel was a bit better with 9K downloads, and their app hit a record of 19K downloads on September 19.

So far, the numbers are very encouraging the first weekend, and Barstool Sportsbook could have the same success when they launch in other states.

Pennsylvania is Just the Beginning

Barstool Sportsbook had a huge first week in the Keystone state, shattering download records previously held by some of the largest giants in the sports betting industry.

The strong start is a good sign for Barstool, along with the betting industry. Although a new player came into the market, Morgan Stanley’s analysis stated that Barstool Sportsbook helped expand the industry in Pennsylvania, not destroy.

This is good as it brings more people into the market instead of sportsbooks competing over the same customers. The Penn stock shows success as well. Penn National was trading under $6 a share in April when the coronavirus broke out. Now, the stock is trading at $65 a share, as of midday Thursday.

Barstool’s first weekend has been great, but now it is up to the sportsbook to retain customers while also being competitive. Barstool fans are loyal, but how loyal will they be if their accounts run dry?

Will they enjoy the Barstool Sportsbook app where they will replenish accounts? Also, how will they attract sharp bettors that are shopping for the best lines?

These are a few questions being thrown around about how Barstool Sportsbook will grow long-term. The first weekend is always the honeymoon when everyone is excited about the new launch. The real test could come a few months from now when trying to attract and retain customers.

How will Barstool Sportsbook Expand?

Penn National and Barstool Sports are expecting to launch in multiple states in the first part of 2021. With how much love sports bettors gave to Barstool Sportsbook, they should see the same results in other states.

Barstool does have a loyal brand, and people will sign-up to bet with them just because of the name. Personalities like Dave Portnoy and Dan Katz help push the brand forward and make Barstool fans feel like they have a personal connection.

This will help attract customers as some of the features allow you to bet along with Portnoy and Katz on games.

However, Barstool will need to find a way to attract customers for the long-term by offering competitive odds and deals for people to take advantage of. The early love is cool, but what happens when the first wave of customers run out of funds?

This is where the expansion will be key.