BetMGM Was Hit With a Hefty Fine 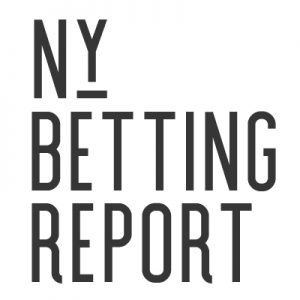 NYBETTINGREPORT: BetMGM Has Agreed to Pay the Biggest Fine in the Maryland Lottery and Gaming Control Commission History Due to a Massive Error in the System

In the first few weeks after gaining market access in a new state, sportsbook platforms hope to avoid running into any trouble, as the industry is ruthless when it comes to making huge mistakes. Unfortunately, BetMGM paid the price in Maryland.

BetMGM Was Hit With a Hefty Fine

In November, bettors in the Old Line State have wagered over $200 million, which is a great start for a market that has heavily relied on brick-and-mortar casinos for years. However, BetMGM was given a heavy fine for accepting wagers prior to the official launch of the mobile aspect of the market.

On Thursday, the Maryland Lottery and Gaming Commission issued the largest fine in its 49-year history. BetMGM has agreed to pay the large sum for the error as more than 140 mobile wagers were taken in the three-hour handle.

In addition, the bookmaker was operating without a license. Despite BetMGM’s mistakes, most customers had their bets voided, and money returned, although one customer withdrew their winnings before the platform was taken offline by the company.

Customers who signed up and placed bets through the app were also given credits for the inconvenience. In the message that was sent out to the consumers, players were given $50 in additional credits. If one breaks the numbers down to the root, each wager is translated to a $1000 fine.

What Does This Mean for the Rest of the Industry?

In the sports betting industry, errors aren’t too common, but they can happen regardless of whether the company knows about them. Randy Marriner, chairman of the Maryland Lottery and Gaming Control Commission, stated, “This appears to be an inadvertent mistake,…It’s also the largest penalty that we’ve ever issued to anyone here at Maryland Lottery. It’s a serious mistake.”

In most cases, the app redirects a bettor to the main page if the platform isn’t ready to take bets. However, that wasn’t the case in this scenario, as many were given to place a bet. Before this incident, the biggest fine the Commission issued was $5000.

The lottery commissioner, Harold Hodges, wasn’t opposed to just giving BetMGM a fine for the incident. He wanted the Commission to revoke the license, but the bookmaker was given a second chance to operate in the market.

This is big news for BetMGM, as the platform is a top-five sportsbook across the industry. The bookmaker also conducts business in prominent markets, including New York, New Jersey, Nevada, Illinois, and many others.

Other States Must Keep Tabs as They Get Ready to Launch

In Massachusetts, retail sportsbooks are set to launch first, while online sportsbooks will likely wait until next year. However, one market will launch on New Year’s Day, as their respective Commission has worked tirelessly.

Ohio is set to shake up the industry as the Buckeye State is set to join the industry. Both retail and mobile platforms will launch on the same day due to the universal start date. It’s imperative that bookmakers conducting business in the state avoid making a similar mistake.