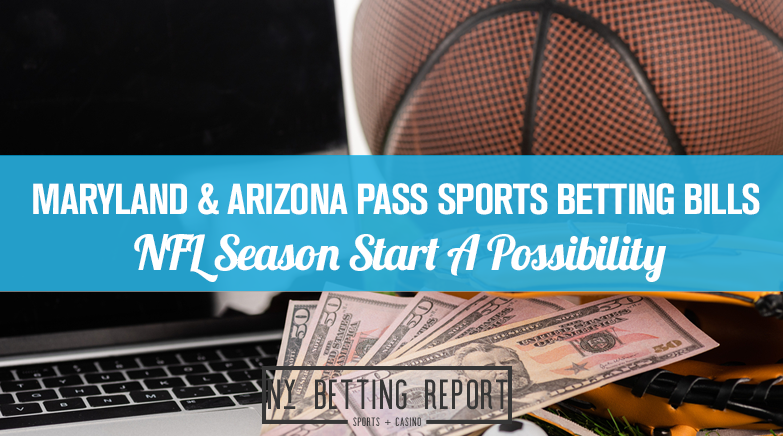 Arizona and Maryland had many of the eyes from the sports betting industry as votes were set. Both heading towards the state budget deadline were able to finalize a bill and pass it to their respective Governor’s desk. Both Gov. Larry Hogan (MD) and Gov. Doug Ducey (AZ) are expected to sign them into law. Maryland and Arizona are both strong markets, but many will be excited as Arizona opens up a large Phoenix market. Maryland will also now secure residents that travel to neighboring legalized states.

Arizona began introducing sports betting bills early in 2021 and had prior ones fail. A lot of the reasons had to do with the tribal gaming compacts that did not allow sports betting or daily fantasy sports. After failed years of trying to compromise, 2021 forced a breakthrough. With the state and tribes in need of revenue, sports betting was what they turned to. There will be 20 total licenses distributed between retail casinos and professional sports teams, leaving ten to each. They will be able to partner with sportsbooks over the upcoming months in hopes that everything can be finalized. The goal will be the start of the NFL season, which lands around the first week of September. Those 21 years or older will be eligible to register on professional and college sports teams.

After reworking the sports betting bill to include more licenses for retail and online sportsbooks, Maryland’s Senate passed the bill 47-0. Everything is now approved and ready to be signed by Gov. Larry Hogan. There is a chance for up to 90 total licenses, with 60 going to online operators and 30 between casinos, small businesses, and sports stadiums. While there is a cap set on permits, this is the largest we have seen compared to uncapped markets like Tennessee. BetMGM, WilliamHill, and Barstool Sportsbooks already have partnered with casinos. FanDuel and DraftKings are likely to enter now. They have partnered with plenty of nearby areas. You can also wager on in-state and out-of-state colleges.

When Will Betting Be Available?

Both states will have the beginning of the NFL season in 2021 to be the date to shoot for. We have seen states in the past legalize around this time and begin quickly finalizing regulations and starting approving licenses. It usually takes between 4-12 months, but both states will likely be quick in action to try and get this up and running by September. Daily fantasy sports in Arizona should be around the same time but could arrive a little sooner.