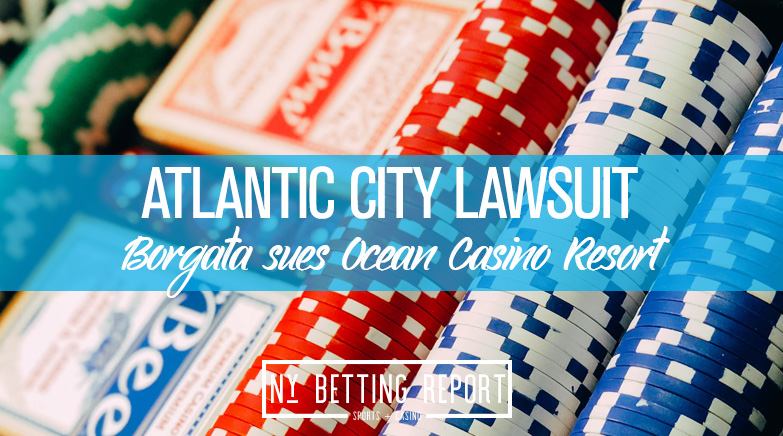 We got ourselves a good ole fashion lawsuit brewing in Atlantic City. Last week, Borgata filed a lawsuit in Nevada against Ocean Casino Resort, saying they hired six marketing executives. However, a few of those executives had non-compete clauses in their contracts that would not allow them to work for a competitor for at least one year after leaving.

This is a big deal as competition for customers in Atlantic City is fierce among casinos. The pandemic is not helping things either, which is why Borgata dropped a hammer in Ocean last week.

It is believed that one executive took his company-issued cellphone with him to his new job at Ocean, which contains customers and all the information they need to try and poach them to head over to Ocean Casino Resort. Maybe Borgata should have had them return the phone, or wiped the info off it before the executive left.

Borgata is the Atlantic City casino leader among the nine-member market. It makes sense that they would file a suit as top executives are heading to the competition. When you are the best casino, then you need to have the best lawsuit to stay there.

The reason the lawsuit is such a big deal is that Borgata believes that Ocean Casino Resort will try to poach high rollers that attend Borgata. Players who are high rollers tend to spend a bit more money at the casino than your average Joe. If this is the case, and Ocean has a chance of getting these players to its casino, then Borata could lose thousands, if not millions a year because of it.

That is a lot of money for the number one Atlantic City casino.

The lawsuit focuses mainly on two key people who are William Callahan and Kelly Ashman Burke. The lawsuit says that Callahan was hired to Ocean and has highly valuable information on Borgata clients on a company cellphone that he has refused to return.

The lawsuit named four other people involved. This comes down to what the six named people are trying to do. There is a very important cellphone that is involved, along with people potentially breaking the rules in a contract.

Borgata just went through its lawsuit where it took 10 years to settle, and now they are about to enter another one that could take years as well.

With Borgata dropping a lawsuit on Ocean, this shows they are not messing around with the poaching. Ocean Casino Resort ranks sixth among the Atlantic City casinos, and of course, shows they need help any way they can, even if it does mean cutting a corner.

The lawsuit should help Borgata as long as it does not get dragged out. There is still a lot to unpack, but right now, there are six people involved and a magical cellphone that feels like its a golden ticket to Willy Wonka’s Chocolate Factory.

Or the cellphone contains highly valuable information that would ultimately hurt the Borgata business of Ocean did everything in their power to leverage it in their favor.

Only time will tell on that.