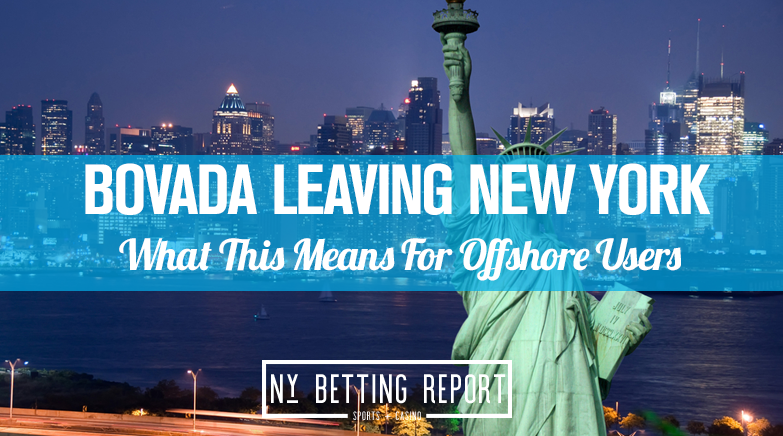 New York is still progressing towards online betting as retail sports betting is actively legalized within the state. They are losing out on a lot of revenue while they take bids for a single-operator system. There was a chance they would get the deal done by the Fall/Winter. Now the expected date isn’t until 2022. With neighboring states already launched or planning on launching in the Fall, New York will take a hit as many will drive to states to place wagers. The breaking news of Bovada pulling out of New York is interesting because of the timing, as they could have likely gotten a full NFL season in still. Could this also be a hint at what is to come in pulling out of other states?

Bovada had made a note this week that they will be pulling out of New York. That means those in New York will not be able to access and use Bovada anymore. The date they will officially terminate is June 21, 2021, where you will need to settle your account balance. Any futures bets that were placed will be voided and refunded. Promotional credits will also be refunded. Accounts will not be closed, but if you are not planning on using Bovada in other states, managing your account would be wise.

It is unclear as to why Bovada left the New York market, but our guess is that because New York will be allowing online betting in 2022. We did see other offshore sites clear out of New Jersey when they launched. However, Bovada is still operating there alongside other states like Pennsylvania who have legalized betting. Residents of New York are better off driving to other states to take part in legal U.S.-based companies over offshore sites. Bovada could return to the New York market at some point, but no plans are in place.