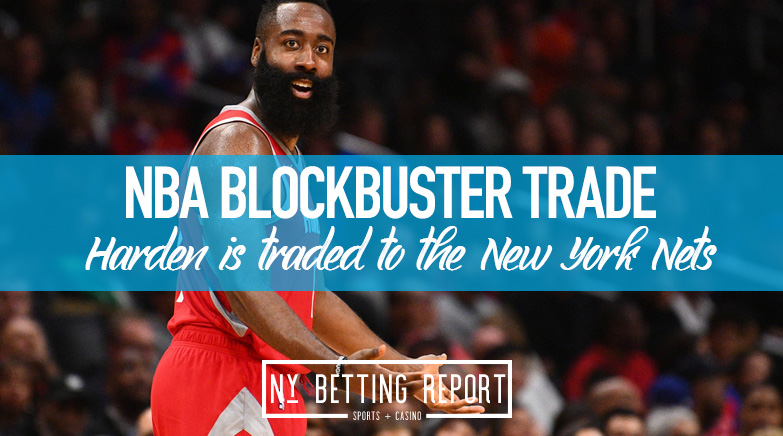 An absolute BOMBSHELL was dropped on the NBA world Wednesday afternoon after it was announced that James Harden would be traded to the Brooklyn Nets in a four-way blockbuster trade.

The Nets now jump to have the second-highest odds to win the NBA Championship this year. Now, rookie head coach Steve Nash will need to figure out a way to control the three superstars in Harden, Kevin Durant, and Kyrie Irving in hopes of winning an NBA Championship.

The Nets are arguably the most talented team in the league, but this blockbuster move Brooklyn made could blow up in their face if everyone can’t come together for the greater good of winning a ring.

With trade being finalized, here is what each team picked up that was involved.

The amount that the Rockets received in return and building with John Wall and Victor Oladipo will be huge. Houston picked up EIGHT (8) draft picks over the next decade, and depending on how the Nets situation works out, it could be huge for his franchise.

The Cavs and Pacers also pick up quality pieces with their rebuilds as well, and everyone should be happy moving forward with the deals that are now in place. Brooklyn also has the cap space to make this type of deal work and is now going all-in for the upcoming few years.

Odds Shifting & Wondering if this Works

If you woke up Wednesday morning and wanted to bet an NBA future, you could have bet the Nets to win it all at +600. After the James Harden trade, Brooklyn’s odds have jumped to +270, according to FanDuel Sportsbook.

Overall, on paper, the trade is huge for Brooklyn after flirting with James Harden trade rumors before the season began last month. Now, the goal will be to get all three superstars their touches every night. Nash has to figure out how to share with only one ball.

This is lock that the Nets will win the title, the team is still going to have its issues to solve. Taking out the potential locker room meltdown between the three stars, the Nets are going to take a step back defensively. Brooklyn is going to need to figure out how to lock teams down. The offense is so talented that the Nets could win games 142-135 every night and still make a run in the postseason.

Steve Nash is also just a rookie head coach. His rotations have been questionable at best, and Brooklyn has been having meltdowns at some point in games almost every night with how Nash is substituting players. That will need to change, and even bringing in Harden might not solve everything.

On paper, the trade is great for Brooklyn, and all four teams involved should be happy with today. Now, it’s time to see if the trade comes to a positive fruition.