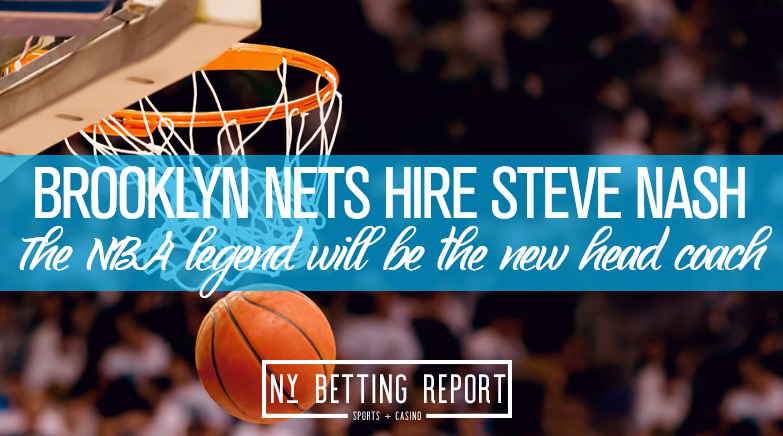 The Brooklyn Nets found their newest head coach on Thursday. They bring in NBA legend Steve Nash to man the ship after the Nets finished the season 35-37 and lost in the first round of the NBA playoffs to the Toronto Raptors.

“In Steve, we see a leader, communicator, and mentor who will garner the respect of our players. I have had the privilege to know Steve for many years. One of the great on-court leaders in our game, I have witnessed firsthand his basketball acumen and selfless approach to prioritize team success. His instincts for the game, combined with an inherent ability to communicate with and unite players towards a common goal, will prepare us to compete at the highest levels of the league,” general manager Sean Marks said in a press release.

Point guards have had their chances to find coaching gigs without any coaching experience prior. Some of the names on the list are Doc Rivers, Isaiah Thomas, Steve Kerr, and Jason Kidd. Some have had solid coaching success like Rivers and Kerr, and some have struggled to take over a team like Thomas and Kidd.

There is no telling whether or not Nash is the right guy for the job, considering he has never coached before. However, being one of the best point guards in NBA history might help him see things on the floor, other plays will not see.

What does help is that Nash has some chemistry with NBA superstar Kevin Durant who missed the entirety of the season recovering from an Achilles injury. Nash and Durant became close in Golden State when Nash was a team consultant, and Durant was a player on the team.

The relationship between Durant and Nash formed in Golden State might help the coaching transition into Brooklyn, but there is still no guarantee or success.

Will Nash turn the Nets around?

On paper, Brooklyn will have one of the best starting five’s in the league next season. The potential 2021 lineup could go Kyrie Irving, Chris LeVert, Joe Harris, Kevin Durant, and DeAndre Jordan.

There is no doubt the talent that Brooklyn will have next season, but being led by Durant and Irving could cause some concerns. Both players have unique personalities that sometimes get in the way of basketball. Durant still uses his burner account to troll NBA fans, and Irving his interesting thoughts like how the world could be flat.

Now, if the team is winning, then none of this should matter, as everyone knows, winning curse all. However, if the player’s egos get in the way of the betterment of the team, then issues will arise, and Nash could lose the locker room.

Nash will need to take control and earn respect from his players sooner than later. This way, if things do start to sway in the Brooklyn locker room, then he will be able to corral the troops in a winning direction.