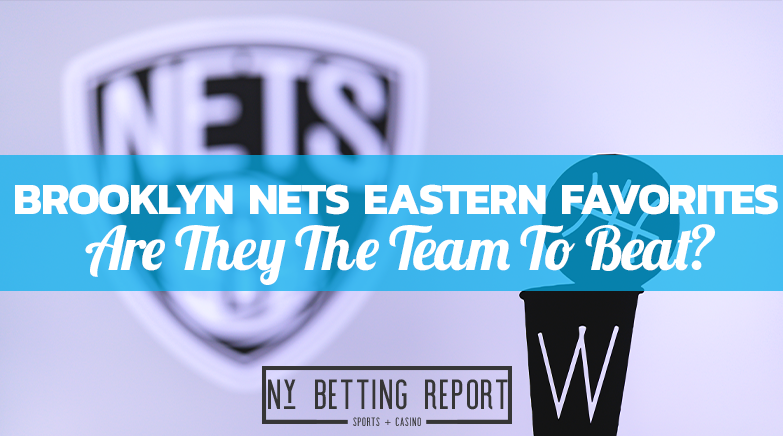 The Brooklyn Nets are currently in second place, just a game out of first in the Eastern Conference. They have won five in a row, including a win over the Lakers without Kevin Durant. Since the James Harden trade, the Nets odds have jumped to the top of the list when making it out of the Eastern Conference. However, there are still a few teams that could derail those chances. Most sportsbooks are viewing the Nets as the team to make the Finals, as they have the second-best NBA championship odds behind the Lakers. With still half a regular season to play, there is a lot that can happen.

With the All-Star game on the horizon, the NBA will spit out the second-half schedule. Due to covid-19, the NBA only released the first half. We have seen plenty of cancellations and games moved around due to various reasons, from the weather in Texas to teams not having enough active players to play.  Multiple teams have had to take week-long breaks to get the outbreak under control as the NBA continues to show they are going to now run through this season regardless. Brooklyn will enter the break sitting within the top-two spots in the Eastern Conference, where they are averaging over 120 points per game. DraftKings Sportsbook has them at +150 to win the Eastern Conference.

The Rest Of The East

Now you might be wondering about the rest of the Eastern Conference, as there are still teams like the 76ers and Bucks in the mix. The 76ers currently lead the Eastern Conference standings but sit at +550 to win the conference. Even the struggling Bucks are higher than them at +275. Teams like Boston, Miami, and Toronto feel more like pretenders at this point, and Milwaukee is closer to being in that group compared to being viewed as a serious team to make it to the Finals. The 76ers are certainly the most interesting team that can derail the Nets chances at a Finals run. Ben Simmons and Joel Embiid have taken a leap, and Daryl Morey has installed better surrounding pieces for their skillsets compared to what they had in place last season. However, Brooklyn features three elite players that can put up 120+ a night.

What About Championship Odds?

The Los Angeles Lakers are still being viewed as the overall favorites, but the Nets are now +400 to win it all. Oddsmakers have been set on some sort of Los Angeles and Brooklyn finals, whether that is the Lakers or the Clippers. At the moment, the Jazz still remains the 5th best odds to win it all despite being the most impressive this season. Brooklyn is going to be very tough to beat in a 7-game series, and while their defense is an issue, it likely won’t matter much with what they can do on the offensive side of the ball. Both the Eastern Conference and Championship odds will only move up as the season goes on, so the earlier you get in, the better value you will receive.