Caesars Entertainment has agreed to purchase William Hill for a whopping $3.7 billion. The deal was agreed upon just days after Caesars made an informal proposal to the British sports betting giant.

The deal is not close to closing, and it is not expected to be completed until the second half of 2021. If the deal is approved, it will create one of the biggest sports betting companies in the world, and it could become a huge player in the growing sports betting industry. 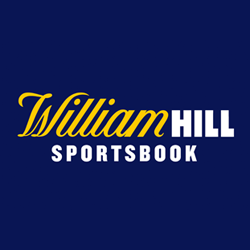 Caesars has announced that it plans to take over William Hill’s sports betting arm in the United States, and it is looking to do so without making many cuts. The entertainment giant will be looking to sell the UK portion of William Hill to some other companies, and suitors are expected to line up to take over.

News of this potential deal first emerged just last week when both Caesars Entertainment and Apollo informed William Hill of potential interest in acquiring the company. William Hill gave both companies a deadline of October 21 to submit a formal proposal, but Caesars was able to get a deal approved rather quickly.

Shareholders of William Hill will have to approve this deal, but the board of directors will suggest that the vote pass. Shareholders will likely worry that this new deal changes the company structure that has been in place for more than 80 years.

All Eyes on US Market

William Hill is one of the biggest sports betting operators in the UK, but Caesars is solely focused on the US arm of the company. The company has announced that it expects this new deal to bring in between $600 and $700 million in revenue in 2021 after this deal is complete.

The sports betting industry in the United States has continued to grow, and this deal could position Caesars to take over the industry. Caesars is not interested in the UK side of things, as there will be plenty of opportunities in the United States.

William Hill in the US

The first retail sportsbook outside of Nevada was opened at Monmouth Park in New Jersey in 2018, and it has become a major player in that market. William Hill has also launched a retail sportsbook at Capital One Arena in Washington, DC.

Caesars Entertainment has had a very interesting year, and the deals have not stopped amidst the COVID-19 pandemic. Earlier this year, Eldorado Resorts purchased Caesars for $17.3 billion, and those two companies are now working together to create a massive player in the industry.

Caesars and William Hill have already formed a partnership, and this new deal will extend the power that Caesars has over the British bookmaker.