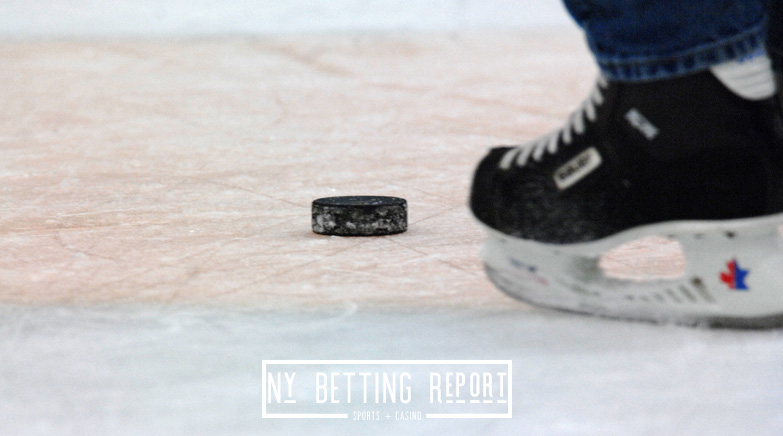 Caesars Entertainment has been making big moves in the US sports betting industry over the last few weeks, and that company is now targeting the

Hockey League. Earlier this week, it was announced that Caesars has partnered with the Washington Capitals in a new multi-year deal.

This new partnership will not take effect until the 2022-23 season, but Caesars will be getting plenty of advertisement when it happens. As part of the deal, the Washington Capitals will wear uniforms with the Caesars logo on their home and third jerseys for the entire season.

The NHL recently announced that teams were able to advertise on their jerseys beginning in 2022, and the Washington Capitals were the first to take advantage of this offer. It makes sense that a sports betting company was the first to ink a deal as this has been a trend throughout other professional sports as well.

Caesars Entertainment recently purchased William Hill, and it has been rebranding all of the sportsbooks throughout the United States. Caesars already has a strong presence in the Washington D.C. area, but this should grow the brand in that part of the US.

Details of the Advertisement

The Washington Capitals are expected to announce another partner for their away jerseys as each team will be allowed two partnerships each. By inking a deal for both the home and third jerseys, Caesars will be featured on a majority of the jerseys worn during the 2022-23 season.

The Caesars Sportsbook logo will be 3” by 3.5” on the upper right chest of the jerseys worn by the Washington Capitals. Even though this is the first deal that is signed, most NHL jerseys are expected to have some sort of logo when play begins next season.

Capital One Arena Has a Sportsbook

The Caesars Sportsbook at Capital One Arena was first opened in May 2021, but it should continue to become more popular as time goes on. The launch did occur as there were some concerns about COVID-19, but the sportsbook should be fully operational during the upcoming NHL season.

When the Caesars Sportsbook opened, it became the first retail sportsbook at a professional sports stadium or venue in the United States. By the end of next year, there will be plenty of retail sportsbooks at these venues, but Caesars will always be able to claim that they were the first.