Can the New York Sports Betting Market Reach Heights that are Unimaginable? 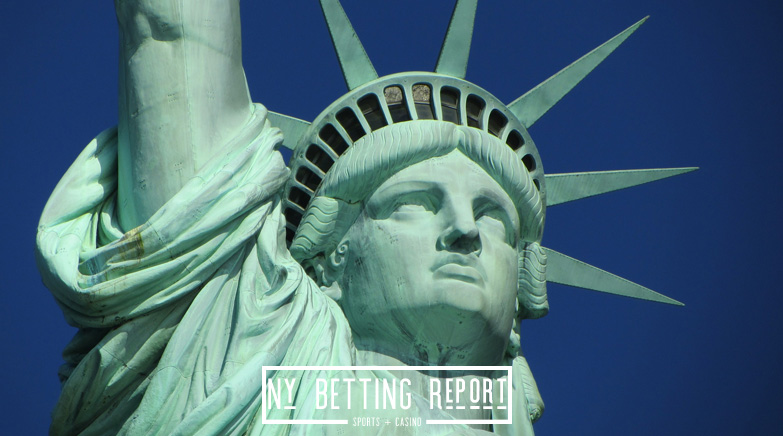 The New York sports betting market has broken numerous records since the market launched on January 8th. Like other jurisdictions in the sports betting industry, the Empire State will also have its highs and lows.

After March Madness concluded, many experts believe that the average sports betting volume will cool

off heading into the spring and summer months. This doesn’t exclude the Empire State as the mobile sports betting capital hasn’t been immune to a significant drop in April.

The monthly handle for April was still great compared to other markets in the industry. However, for the state, the mobile sports betting leader hit an all-time low that noted a handle of $1.39 billion. The state still collected $50 million in taxes thanks to FanDuel, the top sportsbook operator in the state.

New York will still be the leader in the sports betting as there is an ongoing battle in California between the tribes and sportsbook operators. The needle has yet to move in Texas after there were preliminary talks. The Seminole Tribe in Florida launched Hard Rock Sportsbook, but the operation was forced to be shut down.

Will New York be able to reach $500 million in tax revenue this year if the next few months proceed as planned?

As of right now, eight sportsbook operators are accepting wagers. Bettors in the Empire State have to not wait for anyone as sports betting has become a high demand with a limiting supply of sportsbooks.

The mobile sports betting tax based on revenue is currently slated at 51 percent in the Empire State. The high tax rate has played a huge factor in the quick revenue growth since launching, as a majority of states have a far lower tax rate compared to New York.

The Massachusetts Senate took a page from New York’s playbook as its bill that recently passed calls for a 35 percent tax on mobile gambling with no promotional deductions, as opposed to a 15 percent proposal with deductions in the House.

FanDuel has undoubtedly become the most popular sportsbook in New York, with a handle of about

$599.5 million for April. DraftKings was next in line with a handle of $327.1 million. Caesars came in third with a total of approximately $215.7 million.

BetMGM was the last sportsbook to exceed a handle of $100 million. BetMGM accepted about $142.2 million for the month. PointsBet, BetRivers, WynnBET, and Resorts World Bet all played in that order for April.

Bally Bet has yet to launch its product and services in the state. The sportsbook operator plans to launch by the end of June.

Bally’s CEO Lee Fenton said the launch of Bally Bet 2.0 will start in Arizona this month and reach New York by the end of the second quarter. Fenton stated;

“We will be cautious as we keep a keen eye on marketing spend and how to navigate a high-tax environment in sports betting.”