Could Manhattan Get a Casino? 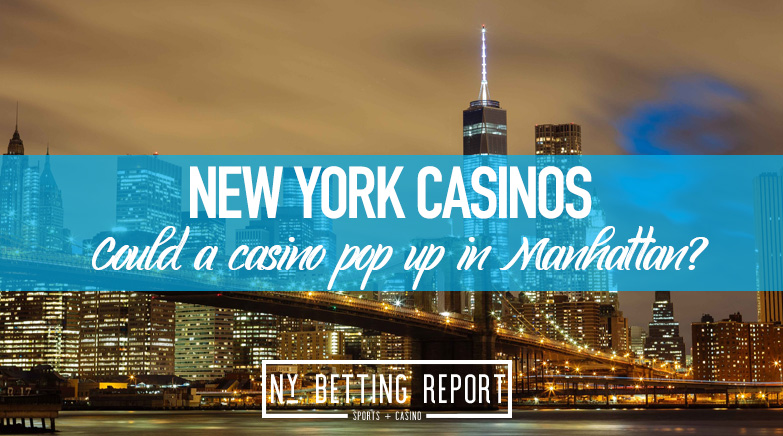 New York has historically been opposed to putting a casino in Manhattan, but things might changing in the Big Apple. The coronavirus pandemic decimated state budgets across the state, and New York was no different. Gov. Andrew Cuomo is looking for ways to patch a multi-billion budget deficit in the next few months before the new fiscal budget is due.

Over the last month, Cuomo has made a huge splash about trying to legalize mobile sports betting in New York after being against it in recent years. Now, there is a chance that Manhattan could also see a casino in the coming years. Real estate developers are now lobbying to try and push lawmakers and Gov. Cuomo to allow a casino to go up in Manhattan.

How this Came About?

New York’s budget deficit has Gov. Cuomo trying everything to help patch the hole. Vornado Realty Trust has begun to pitch Cuomo and other lawmakers about bringing a casino into New York City.

However, it is not the only realty group looking at the crown jewel that a Manhattan casino could become. Resorts Casino Hotel in Atlantic City has also begun discussing how they could bring the casino to New York City. L&L Holding Company has already proposed a casino on 47th & Broadway, which would feature a 46-story hotel and a theatre at the location.

New York plans to give three licenses to casinos in 2023, but this could happen sooner with the pressure Cuomo is feeling with the deficit. Also, realty and casino groups are already lobbying lawmakers on what a casino could look like in the area.

Covid-19 is speeding up the process as the three licenses would feature commercial casinos around the Big Apple. Negotiations are already being scheduled for later this month. Cuomo’s budget would allow the state to request information from developers and gaming operators to figure out the interest in the three licenses.

Chances are, the interest is pretty high.

What Does this Mean for Sports Betting?

Depending on the route mobile betting takes in New York, having a sportsbook in New York City would be huge. The licensing fees for a downtown sportsbook would be the most bid over a license in the U.S.

The closest commercial casino to New York is 90 minutes in the upstate area. However, many New Yorkers prefer to drive into New Jersey to place bets due to convenience. If a casino and sportsbook pop up in the city, then that would arguably become the most popular sportsbook in the U.S. in the most populated city.

The potential for commercial gaming in New York City is huge, and operators already not in the state will be paying millions in an auction to earn one of the three licenses available in the state.

If Cuomo allows for a competitive sports betting market, then there is a good chance the sports betting increases ten-fold in New York with a sportsbook in the city. A lot is begging to ride on New York gaming with the Big Apple coming into the mix.