Denver Broncos @ New York Jets; Is it Finally Time to Back the Silver and Green? 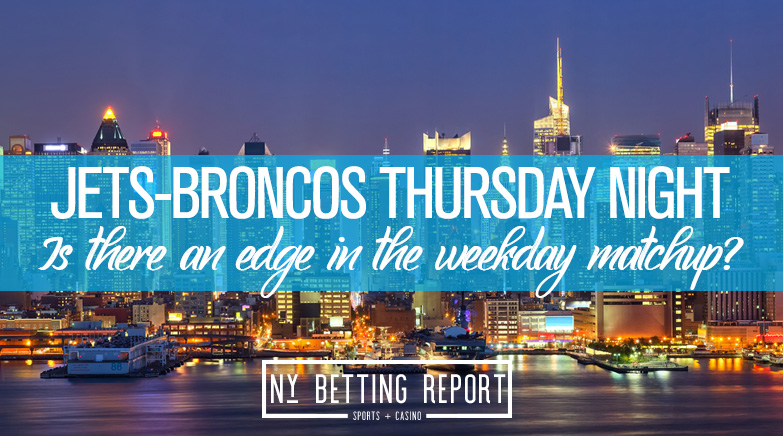 The Denver Broncos head to New York to take on the Jets for a Thursday night matchup. Both teams currently sit at 0-3, so it’s not like this will be a must-watch game. However, it is football, and there is a chance for money to be made.

The Broncos have been dealt a good amount of injuries this season. Von Miller, A.J. Bouye, and Courtland Sutton all sit on injured reserve. Starting quarterback Drew Lock is out for a few weeks.

The Jets have been the Jets, and cannot find any traction on the season. New York is calling for Gase to be fired, as their season spirals out of control quickly. Let’s breakdown this Week 4 Thursday night matchup.

The Denver Broncos came into this season as a dark horse to make the playoffs with the additional seventh team added to the postseason. A few days before the season, they lost Von Miller, and the injuries continued to pile up. As of writing this, the Broncos currently have 11 players on the injury report for Thursday. Injuries in the NFL happen, but seeing this many guys hurt, along with some out for the season, is concerning.

Denver will be starting Brett Rypien this Thursday. Who? Yeah, exactly. Rypien will be leading a team averaging 4.6 yards per play and ranked 30th in offensive efficiency. Fortunately, the Broncos offensive line has been rated well this along with having Melvin Gordon in the backfield. Noah Fant has been great at tight end, and Jerry Jeudy has been off to a solid start in his NFL career. The Jets are limiting opponents to 5.7 yards per play and 14th in defensive efficiency. With a quarterback like Rypien starting, it will be tough for the Broncos to move the football.

The Jets have been one of the harder teams to watch this season. On offense, they are averaging 4.5 yards per play and ranks 31st in offensive efficiency. Their offensive line has been playing fine, according to PFF.com. However, when you have a 37-year-old running back and two no-name receivers as weapons, it’s going to be hard to move the football. The Broncos are holding opponents to 5.5 yards per play, but their defensive efficiency numbers rank them 22nd. The Jets do not have a threatening offense, so even with the Broncos injuries, they should slow down the Jets offense.

Both teams are bad. They are hurt and cannot move the football. In the short week, I give the edge to the defenses in this one. The Broncos do not have a reliable quarterback, and the Jets do not have weapons and are being coached by Adam Gase.

As of writing this, it is hard to see either team getting to 20 points apiece, let alone the total even hitting 35. The Broncos offense will be very vanilla, and the Jets weapons are not NFL caliber. Although both defenses are not lights out, I expect both sides to do enough to keep this game under the total.