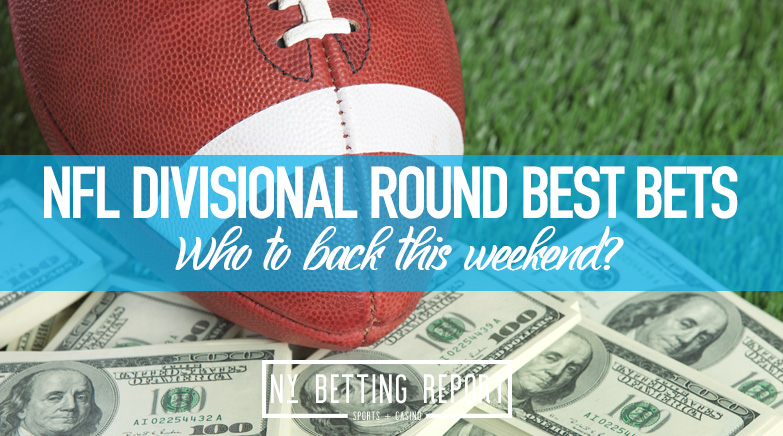 There are four playoff games this weekend in the NFL, and all the matchups should be exciting to watch. The Buffalo Bills won their first playoff for the first time since the 1990s, and Bills fans will be thrilled to see them have a chance to make it to the AFC Championship Game this weekend.

The Tampa Bay Buccaneers and New Orleans Saints are arguably the best matchup on paper this weekend, with both sides of the football ranking in the top-10 in DVOA. The Packers and Chiefs are back in action this week after receiving a first-round bye. It is not a huge surprise, but all home teams are favored this weekend. There are many opportunities to cash in this weekend, so let’s break down the best bets for the NFL Divisional Round games.

This weekend’s moneyline parlay is perfect for getting action on one of the Saturday and Sunday games. I like both NFC favorites to move onto Championship Sunday. The Packers are taking on the Rams at home in frigid Lambeau Field. The Packers are coming off the bye week and should be healthy and ready to go against Los Angeles.

The biggest reason for taking the Packers’ moneyline this weekend is because of Jared Goff’s performances in freezing temperatures. Goff has played in five games in 40-degree weather or below in his career, and the numbers aren’t great. He has completed less than 50% of his passes and averages under 200 yards a game in these contests. Goff has also thrown five touchdowns and seven interceptions in these games.

The Rams should be able to keep the game close, however. Cam Akers should have a good time moving the football on the ground against the Packers’ run defense, and Los Angeles does have a defense that can limit the Packers’ lethal passing attack. Although I think Green Bay squeaks out a win this weekend, I’ll take the moneyline and parlay it with the Saints.

Why the Saints, you ask? Well, did you know that beating a team three times in one season is actually easier than what the phrase says? Yes, home teams in the playoffs that have swept their opponent are 12-5 in the third matchup, since the 1970 NFL Merger.

Although it is a small sample size, I’ll roll with history here. The Saints should win their third game against Tampa Bay on Sunday. Both teams’ offenses and defenses rank in the top-10 of DVOA, according to Football Outsiders. This is the only matchup on the board where this is happening this weekend. I think it’ll be a close matchup, which makes me hesitant to lay the points with New Orleans. The Saints have proved they have an edge in the matchup against Tampa Bay this season and should capitalize on it again this weekend.

After dismantling the Steelers this weekend on the road, they get to head to Kansas City to take on the Chiefs for a chance to move to the AFC Championship game. Kansas City is most likely going to be a public bet this weekend, but bettors should pause before laying the 10 with the Chiefs.

The biggest issue with both teams is their defenses. The Chiefs and Browns rank outside the top-20 in defensive DVOA, and it could show on Sunday. I’m expecting a high scoring game in this one, allowing the Browns to keep it close.

There is no doubt the Chiefs will be able to move the football against this Browns defense, but Cleveland will have success themselves moving the football. The Chiefs’ edge in this game is not as large as one may suspect, and not having a true home-field advantage in Kansas City might be enough for Cleveland to hang around. The number is gross, but taking the Browns is the right side on Sunday.