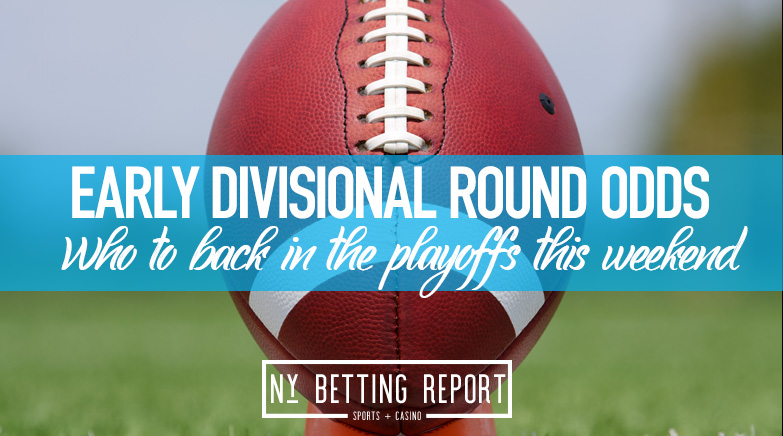 Arguably the best weekend of football of the playoffs is here. We have four NFL Playoff games with two Saturday and two Sunday. The Kansas City Chiefs and Green Bay Packers are back in action after receiving first-round byes to start the playoffs.

The Cleveland Browns and Buffalo Bills won their first playoff games since the early 90s, and we get a third matchup between the Tampa Bay Buccaneers and the New Orleans Saints. Last weekend, the Rams were the only underdog to pull off an upset, so maybe we will see surprises in the Divisional Round. Here is an early look at the Divisional Round Playoff Odds.

One of my favorite bets is a moneyline parlay with the Saints and Packers this weekend. The Packers are playing the Rams at home in icy conditions. Although there will be no snow and little wind, Jared Goff has been horrible in cold-weather games. His completion % is below 50%, and he has thrown more interceptions than touchdowns in games below 40 degrees. He is also averaging under 200 passing yards per game in these games. Although I do not want to lay the touchdown on the spread, I think pairing it up with the Saints moneyline is perfect.

Don’t get fooled with the “it’s hard to beat a team three times in one season” narrative. Since the NFL merger in 1970, home teams that have swept their opponent in the regular season are 12-5 straight up. When looking at ATS numbers, that shifts to 9-8. The Saints are laying three, and it should be a close game throughout. However, I think New Orleans is the better team, and it showed during the regular season. On paper, this is by far the best matchup of the weekend, but New Orleans should be heading to the NFC Championship Game.

Ravens +3
The Ravens head to Buffalo in what should be another good matchup this weekend. The Ravens defense is healthy, and they are playing great after holding Derrick Henry to 40 yards on 22 carries. Now, they will have to figure out a way to limit Josh Allen and his arm. If Baltimore can get pressure, then this should help limit the Bills’ offense. I don’t see how Buffalo can move the ball on the ground against this front seven.

On the other side of the ball, the Ravens rushing attack will have a field day against this Bills front seven. Buffalo is outside the top 20 in opponents rushing yards per attempt, and Baltimore ranks first in that category. If Baltimore can run the ball effectively and control the time of possession, they should have no issues winning on Saturday. The conditions will also be a little bit windy, which should benefit the Ravens offense over the Bills with how they operate. I would also take Justin Tucker on Saturday with the Bills scrambling to find a kicker. This could be the biggest thing to watch for this weekend.