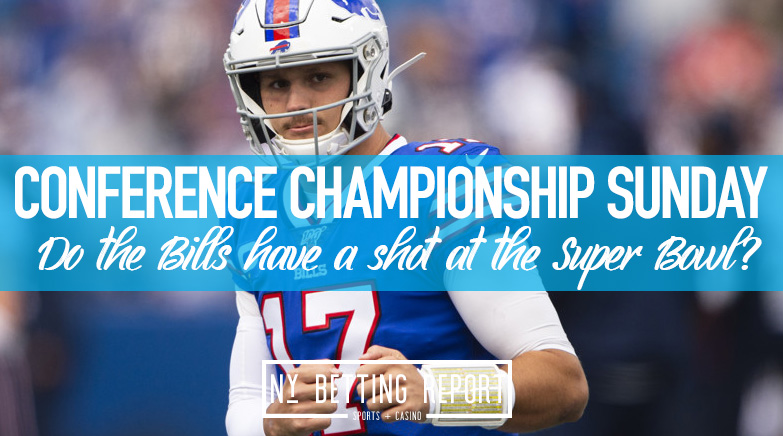 The matchups for Conference Championship Weekend are now set! The Buffalo Bills will be taking on the Kansas City Chiefs, and the Tampa Bay Buccaneers head to Green Bay to sure off with the Packers. This is the Bills’ first conference championship game since 1993, when they took on the Chiefs before heading to Super Bowl XXVIII. Now, they head to Kansas City this time in hopes of getting back to the big game.

Two quarterback legends are squaring off in the NFC this Sunday between Aaron Rodgers and Tom Brady. For the first time in his career, Rodgers will be playing a conference championship game at home. This will be Brady’s 14th conference championship game and seventh on the road. Brady is 3-3 on the road with a Super Bowl trip on the line in those games.

This will be an exciting weekend of football with two quarterbacks looking to become legends in Josh Allen and Patrick Mahomes, and two current legends in Rodgers and Brady. Here is an early breakdown of Conference Championship Sunday.

The first of the two matchups is between the Buccaneers and the Packers this Sunday. In what should be an explosive matchup, both offenses can move the football at will, and this game turns into a shootout.

Last week, there was a lot of chatter surrounding how the Rams had the ability to slow down the Packers’ offense with one of the top-rated defenses and pass defenses in the NFL. Green Bay proceeded to put 484 yards of total offense against the Rams.

Tampa Bay also fits the mold of what the Rams defense is. The Buccs also have a top-rated defense and also forced four turnovers against the Saints on Sunday. They will need to do something similar if it wants a shot at limiting the Packers’ offense led by Rodgers.

On the other side of the ball, Brady will look to go to his 10th Super Bowl on Sunday. The Tampa Bay offense is starting to hit on all cylinders and put up 30 points on Sunday against the Saints. Now, they take on a Packers defense that has been suspect all season.

Although the Rams could not take advantage of the Packers’ defense, the Buccs have a better shot at doing so with Brady at the helm.

On Sunday, the second game will feature the Bills and Chiefs in what should be an exciting matchup if Patrick Mahomes is healthy enough to play. On Sunday, Mahomes left the game vs. the Browns with a concussion and will go through concussion protocol this week in hopes of playing.

The blow would be huge for Kansas City and would have to rely on Chad Henne to lead the Chiefs to back-to-back Super Bowls. Henne is a serviceable backup, and Andy Reid will put Henne in the best position to succeed. The Bills’ defense can be beaten, but having Mahomes would make things a lot easier for the Chiefs’ offense.

For Buffalo, Josh Allen has the capabilities of torching the Kansas City defense. Josh Allen will be able to move the football against the Chiefs secondary, unlike what Baker Mayfield was able to do last week. The Chiefs and Bills squared off in October of this season, but Buffalo is a much better team now than they were nearly three months ago.

Kansas City has been winning close games for the last month, and Buffalo is good enough to catch Kansas City sleepwalking if they are not ready. With or without Mahomes, the Chiefs cannot take the Bills lightly in this matchup. Buffalo could be the team of destiny this season.