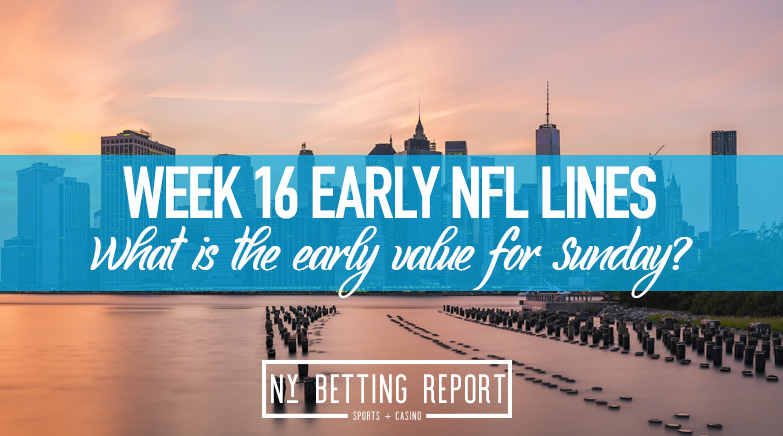 With only a few weeks remaining, there are limited opportunities to take advantage of the odds the New York teams are given. The Buffalo Bills clinched a division title for the first time since 1995. The New York Giants are still fighting for a playoff spot, and the Jets picked up its first win on the season.

This week, the Giants will head to Baltimore to take on the Ravens, the Jets host the Browns, and the Bills have the Patriots in Orchard Park. Here are the odds for all three New York football teams.

The New York Giants head to Baltimore to take on the Ravens this Sunday. The Giants are looking to secure a win in hopes of keeping their playoff hopes alive. However, they will be going up against a Ravens team looking to do the same thing. The Giants will most likely be with Colt McCoy at quarterback again this week, which will make it difficult for them to secure a win.

The Ravens have one of the best defenses in the NFL and should have no issue limiting the New York offense. Baltimore is a tiebreaker behind the Dolphins for the last playoff spot in the AFC. The Ravens have a great opportunity to sneak into the postseason facing the Giants and Bengals to end the season. With how close they are at a spot, they will not be holding back this Sunday as they try to get in.

The Jets are coming off their first win of the season against the Rams. With the win, they will be heading home to take on the Browns, who are on the verge of getting into the playoffs for the first time since 2002. It’s hard to see New York win two in a row, especially with the Browns on the verge of earning a playoff spot.

Cleveland has been taking care of business against inferior teams this season. The Browns won and covered against the Giants on Sunday night and will most likely do the same thing against the Jets. New York does have a good run defense, despite how bad they are, so they should succeed in that department. However, it’s hard to see the same performance we saw on Sunday in Los Angeles.

The Bills are hosting AFC East rival New England on Monday night. With the Patriots getting eliminated from the postseason on Sunday, this matchup will not be as exciting as we originally thought. The Bills clinched the AFC East division title on Sunday and could earn the two seed in the AFC. Buffalo will have no issues moving the football against the Patriots defense that is one of the worst in the NFL.

Also, with how bad the Patriots’ offense has been, this should be a solid win for the Bills to pick up late in the season. Buffalo will also want to do everything possible to earn this win over a Patriots team that has dominated the division for the last 11 years.