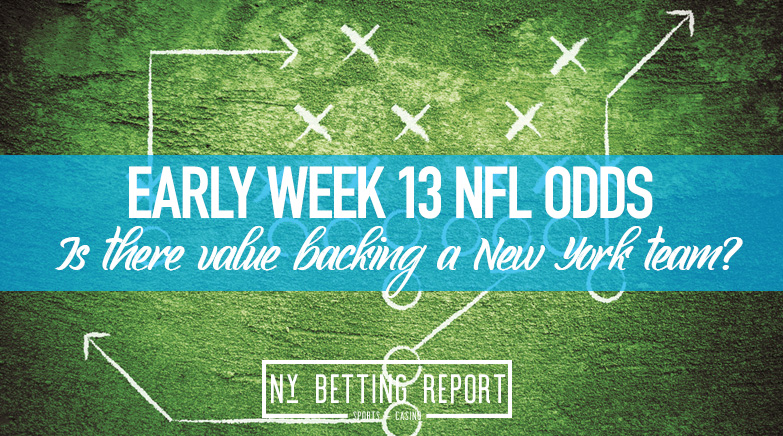 Playoff races are heating up across the NFL, and two New York teams are in the middle of them. The Buffalo Bills sit at 8-3 on the season and hold a one-game lead over the Miami Dolphins for first place in the AFC East. The New York Giants are tied atop the NFC East standings at 4-6 with the Washington Football Team. New York holds the tiebreaker over Washington, giving them the nod if the season ended today.

Unfortunately, the Jets will be competing for the number one overall pick this year, and if they cannot win a game, then it will be theirs. All three New York teams are in action this Sunday, and there is some value with an early look at the Week 12 NFL odds.

The Las Vegas Raiders head to New York to take on the Jets this week. The Raiders are coming off an embarrassing loss to the Atlanta Falcons this week and will look to bounce back against the 0-11 Jets. Las Vegas is still competing for a playoff spot and will need to get a win that gets them back on track this week. They should be able to do so in New York.

The New York Giants could be without Daniel Jones this week when they travel out to Seattle to take on the Seahawks. Both New York and Seattle are competing for playoff spots, so this game is a lot bigger than what the records show. However, New York without Jones will be tough to overcome going up against Russell Wilson and the Seahawks. Seattle’s defense has not been the best, so there is a chance that the Giants could take advantage of the opportunity this Sunday.

Buffalo and San Francisco take on another in the Monday night matchup this week. The Bills are supposed to head out to San Francisco, but Santa Clara County just updated its COVID protocols and might not allow the 49ers to play at home the rest of the season. This is obviously tough for the team to handle, especially with families having to stay back home during Christmas time. However, both teams should play on Monday, and it could be a competitive game depending on where the teams end up playing. This game has more meaning than just getting a win now.

Buffalo is the better team in this matchup and should take care of business whether its in Arizona or San Francisco. The Bills should be able to take advantage of a banged up Niners team in primetime and get them one win closer to an AFC East division title.

It’s hard to see a lot of points being put up in this matchup. The Jets have put up less than 10 points in four of their last six games, and it could happen again on Sunday. The Raiders will struggle to move the ball against a decent Jets defense as well. It’s hard to see more than seven touchdowns being scored on Sunday, so that I would look under.