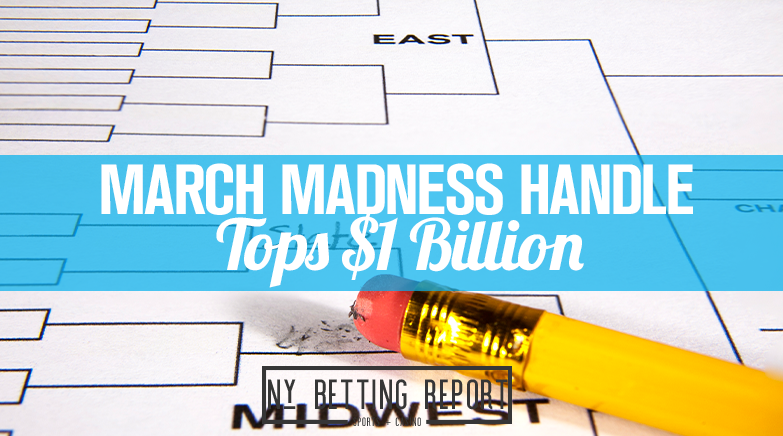 If you have been following the revenue reports, March was usually a return to strong revenue numbers due to March Madness. Reports have come out that the March Madness handle was estimated to be over $1.5 billion. With more and more states legalizing, we are seeing steady growth. March madness is also very popular in states like Michigan and Indiana where college basketball is very popular. Nevada and New Jersey continue to be the big players as they go head-to-head each month for the top numbers.

New Jersey continues to benefit from New York’s inability to get mobile betting off the ground. The Empire State lost out on big revenue during March Madness as many flocked to New Jersey to place their bets. The face New Jersey doesn’t allow teams to bet on in-state colleges wasn’t really an issue was Rutgers was the only team available. New Jersey came in posting the highest numbers yet again for March.

Nevada finished second, which has been the case a few times now. Some revenue is missed out on them requiring in-person registration before being able to bet online. Nevada has seen a small decline due to the pandemic and other states around them beginning to legalize online betting. However, they had their usual March bounceback.

College basketball is massive within the states like Pennsylvania, Indiana, Illinois, and Michigan. Illinois had the Loyola Chicago and the University of Illinois in the tournament and was a top-five state when it came to revenue. Pennsylvania also had two schools in the mix with Villanova and Drexel. Online sports betting has been very successful in Pennsylvania since its launch. Both Michigan teams were in the tournament and saw over $100 million in March Madness. There were no Hoosiers this year but Purdue was in play and it was the first time Indiana could bet on March Madness. Coming off an excellent February, Indiana churned out another big month.