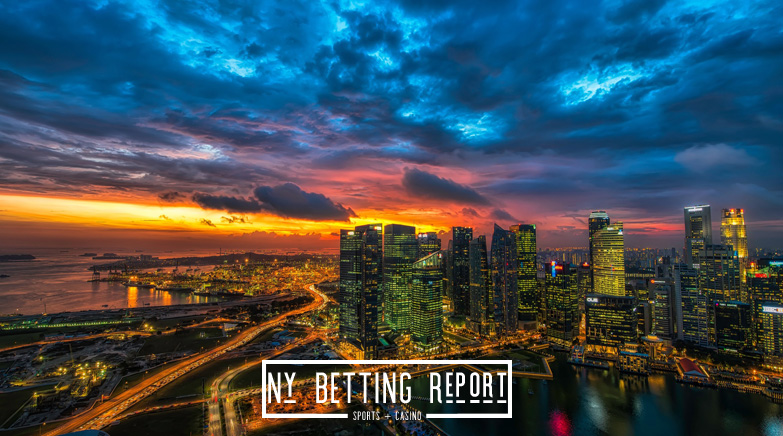 The New York sports betting market has exceeded expectations for the most part, as nine operators accept wagers in the state. Out of all the major sportsbook operators, FanDuel has been the most consistent due to its high hold rates.

Can Anyone Challenge the Juggernaut in the Empire State?

When the operation began ten months ago on January 8th, Caesars pushed a record-breaking promotion in the state. For several weeks, no other competitor came close to challenging the operator as the marketing strategy was proven to be successful.

Inevitably, what goes up must come down, as the saying goes. FanDuel has extended numerous partnerships in the Empire State, including officially becoming the official sports betting and daily fantasy partner of the New York Yankees before Bally joined the party.

Just like most other jurisdictions in the nation, FanDuel has become the most renowned sportsbook. DraftKings has taken over as the king in some states, and some monthly handle reports; however, the platform is still far from matching FanDuel.

As the market share leader in New York, FanDuel has accumulated $539 million in gross revenue up to this point. There are still two months left to close out the fourth quarter of 2022. The average hold rate for the sportsbook is right around 9.83 percent, which is the highest when comparing the numbers to its competitors.

According to recent reports by the state’s gaming commission, in the week ending November 13th, FanDuel registered a win rate of 12.3 percent.

The national average for the industry is situated at 7.2 percent. Last week, the other eight operators combined for a win rate of seven percent, which is still a solid figure.

How Does the House Win the Majority of the Time?

One cannot downplay the nation that the house always wins because it’s true most of the time, especially in sports gambling. The public has geared towards putting together parlays because it generally yields higher profits.

However, these types of bets will lead to more losses over time, as games are unpredictable, even though some individuals do extensive research. FanDuel is also a pioneer of the Same Game Parlay option.

Many competitors have followed, but FanDuel still has the advantage in terms of getting more customers to join its platform. Here is one of the main reasons why:

“Bet mix is a big priority for us. We’re probably right at parity with the broad industry, excluding FanDuel,” he said. “FanDuel has a really high hold, and we’ve run the diagnostics on why that is, and bet mix and parlay mix is really the silver bullet here.”

New York Will Remain as the Sports Betting Capital

During the Midterm Election, the measures in California failed miserably. Texas is also in the works in terms of pushing for a market in their state.

Currently, New York will remain the sports betting capital of the nation. Many things, like adding more sportsbooks, will mostly be discussed during next year’s legislative session.