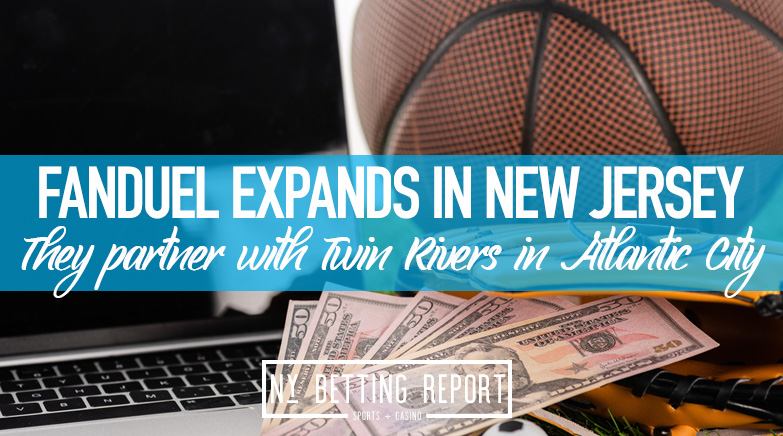 On Wednesday, FanDuel announced a partnership agreement with Twin River Worldwide Holdings to set up operations in Atlantic City. FanDuel is currently partnered with Meadowlands Racetrack in northern New Jersey. They have running their sports betting operations in the state since 2018 and have yet taken advantage of Atlantic City.

The plan is to be running a sportsbook in Atlantic City by the time the NFL and College Football Playoffs roll around. The deal is still awaiting approval from the New Jersey Casino Control Commission and the New Jersey Division of Gaming Enforcement.

FanDuel will be able to capitalize on New Jersey from both sides of the state. They still attract a lot of bettors from New York City thanks to its location at Meadowlands. Now, they will also be able to run a sportsbook in the heart of Atlantic City.

Atlantic City is currently seeing multiple mergers and acquisitions take place with casinos. Twin Rivers is purchasing Bally’s Casino, where the FanDuel Sportsbook will be located, from Caesars after acquiring William Hill.

Caesars then turned around and bought Tropicana to avoid any federal gaming regulations infringements. FanDuel plans to run a temporary sportsbook at Bally’s before launching a full-blown sportsbook in the casino next year.

Caesars also takes over Eldorado Casinos thanks to its merger with the casino empire this past summer. William Hill will also operate ocean Casino’s Resort due to Caesars purchasing the U.K. sports betting operator.

Ok, got all that? Great!

President and CEO of Twin River, George Papanier, said in a press release, “They are great partners and we are thrilled to work with them in another exciting, gaming-centric market like Atlantic City. The permanent sportsbook location is going to be one of the many exciting changes we have in store for the Bally’s property – a unique location steps away from center Boardwalk, where millions stroll by annually.”

The deal should help the partnership grow into more states with Colorado and now New Jersey.

What Does this Mean for FanDuel?

FanDuel will not be able to capitalize on both sides of the Garden State. With two great locations in Northern New Jersey and Atlantic City, FanDuel should increase its market share very well in the coming months. They already see high traffic around the Meadowlands thanks to the racetrack and everyone from New York to bet in New Jersey.

They have another location in Atlantic City, which is turning into Las Vegas of the east. FanDuel also has a partner in Twin Rivers who is already working with the Colorado sports betting operator.

This will only improve the relationship between the two entities and possibly help them expand together in other states.

Overall, FanDuel should be able to continue to expand its business in New Jersey. With being the Pennsylvania market leader, they can now try and earn the top spot in New Jersey.