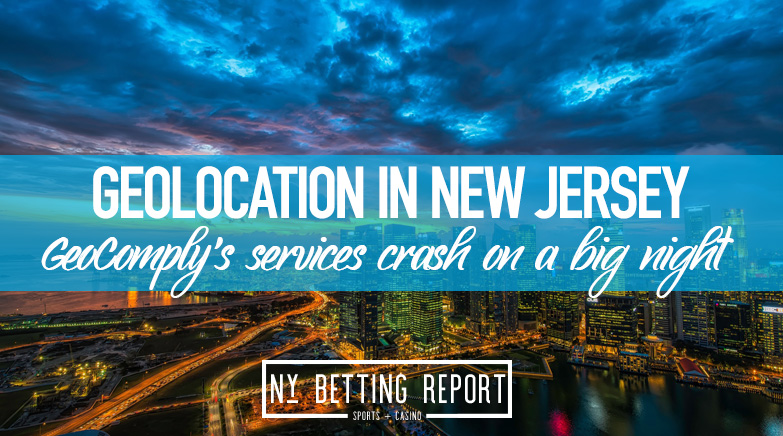 However, New Jersey bettors found out how difficult it is when geolocation fails across the state. GeoComply is a location company that works with most sportsbooks in the Garden State to track its customers’ location.

“Last night we encountered an unexpected network communications error, which our team responded to and remedied immediately. We have alerted all affected clients, and they are aware of the issue and the steps that were taken to resolve it as quickly as possible. The incident was a completely isolated internal network issue, and in no way was it a cybersecurity vulnerability,” said a spokesperson from GeoComply.

Geolocation Out on Every App?

Tough spot for New Jersey to be in when both cities are within spitting distance of the Garden State’s spitting distance. The game was also the stand-alone game of the night, making the situation much more extreme. DraftKings, FanDuel, PokerStars, and PartyPoker all released statements about the issue that night as well.

After confirming the geolocation issues that impacted NJ sites and tournaments being paused over an hour, all tournaments are in the process of being auto settled per our tournament cancellation policy.

WSOP’s Executive Director Ty Stewart said, “It is unfortunate there was a state-wide issue with one of iGaming’s key vendors which interrupted service for most NJ online poker operators for 45 mins on Thursday night. We view it as an isolated incident and will look to process the appropriate compensation to impacted players in short order.”

What makes this more difficult is that GeoComply basically has a monopoly on geolocation with New Jersey online gaming sites. Poker sites and sportsbooks use GeoComply, and when the software goes down, so does the gaming industry.

Although it was only 45 minutes, industry leaders do not want to see gaming crash, especially on a crucial night like last Thursday.

How Can States Avoid This?

States can ask geolocation companies to have a backup system to make sure this doesn’t happen again. Thursday night was a huge issue in New Jersey, and it could happen on an NFL Sunday or during the March Madness Tournament.

The issue could happen for many reasons, and only having one geolocation company running all of gaming is unacceptable. A second location service can be used in case of emergency or having another service that oversees the state instead of individual sportsbooks and poker sites.

Regardless, the situation was not a good look for New Jersey or GeoComply. Both will learn from this to make sure this is something that never happens again.