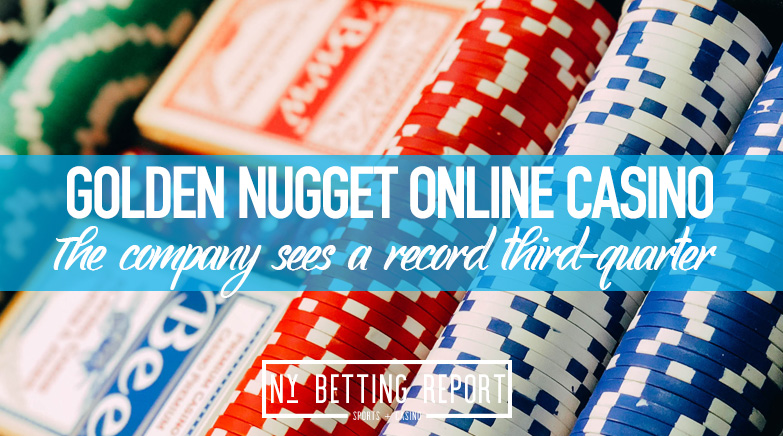 Golden Nugget in New Jersey continues to dominate the online gaming sector. They reported third-quarter earnings yesterday, and they are still hitting all-time highs across the board.

Thanks to COVID-19, more people are staying home and playing casino games from their couches. Atlantic City is still limited to 25% despite reopening at the beginning of the third quarter. People find it easier to play from home instead of heading out and not feeling like they are getting the full experience at limited capacity.

Golden Nugget has dominated the Garden State over the last few years, and no one is getting close to the market share they own. The New Jersey Division of Gaming Enforcement released September results, and they brought in $26 million revenue for the month alone. The next closest was closest online casinos were at least $5 million away from Golden Nugget.

“Our third quarter confirmed and amplified our momentum in New Jersey, with record revenues supported by all-time-high player activity, sustained marketing investments, and 64 new casino games, 20 of which we launched on an exclusive basis. Based on our October revenues, we believe that we could generate over $100 million of Gross Gaming Revenue in New Jersey this year.”

Seeing how much activity was coming from online gaming gives Golden Nugget confidence that they can continue this sustained success in the future. Online gaming could become more popular with the coronavirus speeding up the process, and Golden Nugget is already in a prime position to remain the market leader.

On top of that, they are the number online gaming company in New Jersey, which neck and neck with Nevada with its gaming industry. This proves how dominant Golden Nugget is in the market.

Right now, Golden Nugget remains in New Jersey, but expansion is coming soon. The Houston-based company is planning to expand to Michigan as soon as the state launches online casino gaming. Golden Nugget already has a partnership with Keweenaw Bay Indian Community, which operates two casinos in the Great Lake State.

Pennsylvania is also on the list for Golden Nugget to expand to. The online gaming giant is still in the process of regulatory approval from the state, but they will be looking to launch as soon as they are approved to operate.

Golden Nugget is also in the process of going public and being listed on the NASDAQ. In June, the company purchased Landcadia Holdings II Inc. As soon as the deal is finalized at the end of the year, Golden Nugget will be trading publicly under GNOG.

It was only a matter of time before Golden Nugget was going to expand to other states. With how large of a market share they have in New Jersey, they will most likely see the same success as they expand the online gaming operations across the U.S.