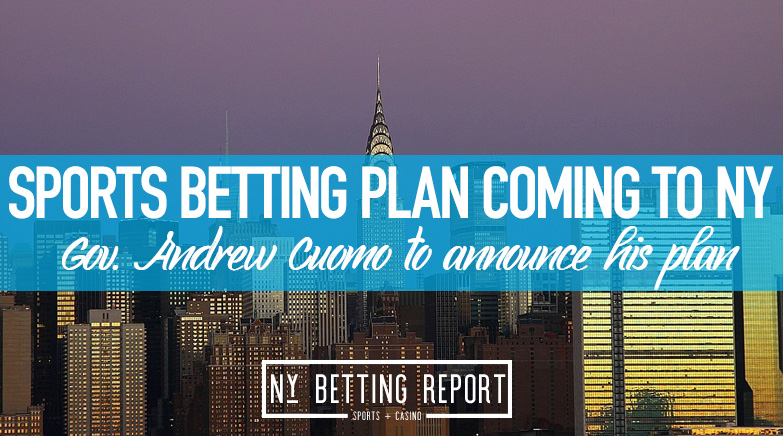 On Tuesday, New York Gov. Andrew Cuomo addressed the 2021 fiscal budget with the idea of sports betting being an additional revenue source for the state. Cuomo has addressed that he would prefer to use the lottery system over the casino system and doubled down on Tuesday.

Cuomo did address last week that he is open to using an additional betting operator under the lottery system. Still, there is fear that New York sports betting could become a dead-end by using the lottery. The New York Governor prefers to use the lottery system because it would bring money to the state instead of bringing it in through the New York casinos.

Cuomo said he wants the money to go to the people instead of the private businesses. If he allows a mobile betting operation through casinos and private institutions, those companies will benefit from sports betting expansion instead of the people.

Gov. Cuomo is adamant about using a lottery system in New York, despite the real possibility of creating a monopoly on the mobile wagering industry. All sports betting revenue would go directly to the state, but the lack of competition would hurt the overall industry from growing at a healthy clip.

Oregon and Washington D.C. are two places that are using the lottery system, and it has hurt the mobile industries instead of helping them.

GameBet DC is the mobile betting operator in the District. Since launching in May, GameBet has seen a total of $18.7 million wagered through the app and brought in $3.5 million in revenue. William Hill is the sole retail sportsbook in D.C. and has had much better success than GameBet despite bettors having to place wager in-person instead of online. William Hill saw $61.8 million wagered at the sportsbook in five months of operations. GameBet has been operating for seven and a half months.

The early numbers coming out of D.C. should be enough to show how little the lottery model has worked in the District. William Hill has also launched a mobile betting app that surpasses GameBet across the board in 2021.

Last week, Oregon announced that it is working towards moving away from the lottery system. Since launching in October 2019, the Beaver State has seen stunted growth on the state’s mobile betting platform. Gov. Kate Brown is looking to file a bill that will move the Oregon Lottery state to the Oregon Racing Commission.

Cuomo is looking for a quick fix with New York’s budget deficit, but using a lottery system will only hurt New York in the long-term.