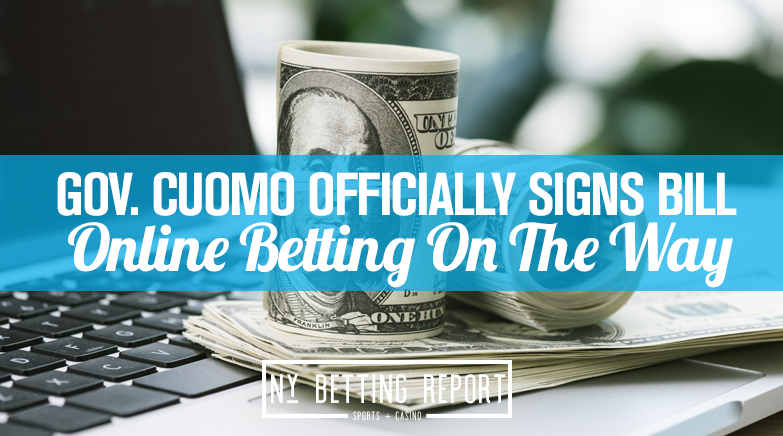 Mobile betting has finally arrived in  New York but a lot needs to happen before New Yorkers can legally bet on their phones or computers. After a deadline battle, Gov. Cuomo signed it into law and approved the 2021 budget. There is still a lot that needs to unfold, especially with New York having it be limited to only a few companies that can obtain a license in the state.

How Will Things Operate?

There will be two platform providers and then each platform will have four skins, which means a total of eight skins in the state. This could be multiple companies or just a few, which could mean limited options in the state. DraftKings, BetMGM, and FanDuel remain the big names that are going to want to pick up multiple skins. The providers will need to pay $25 million and then the contract will expire after ten years. There are going to be multiple proposals that come into play over the next month, which then the New York Gaming Commission will have to approve and decide who to go with. Companies will be spending a ton to try and get in the New York mobile market that has been leaking out to surrounding states.

It is going to be a tight window to get everything approved by the end of the year. The state is expected to begin taking applications by July 1st at the latest and then will have 150 days to review applications. Beginning of the NFL season seems like a long shot at this point, but there is a chance New York operators can begin to take wagers during the season or near the playoffs.