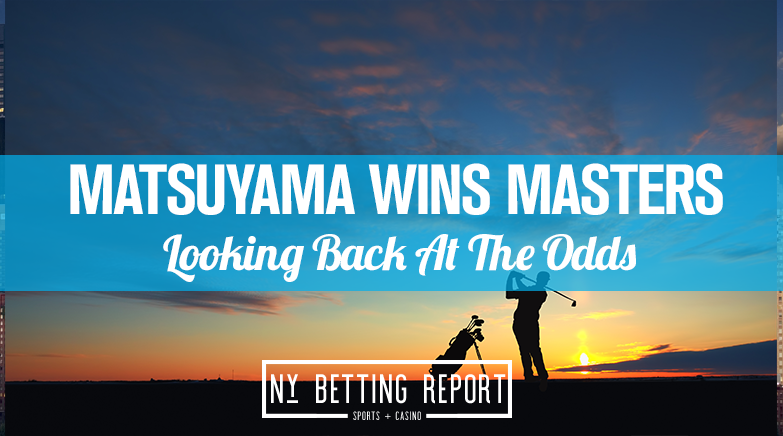 Hideki Matsuyama is your 2021 Masters champion. On Day 3 there really wasn’t much of a doubt barring any sort of historic collapse or late run from another golfer. Matsuyama was not backed by a lot of golf betting touts and his putting didn’t exactly matchup for the trends to succeed at Augusta. There were not many futures bets placed on Matsuyama to win. Jason Scott, VP of Trading at BetMGM had this to stay about this year’s winner “Although it was only a one-shot victory, Hideki Matsuyama was never in real danger of giving up his lead on the last day of The Masters. Bettors didn’t jump on the Matsuyama bandwagon in a big way, helping BetMGM win back the money (and some extra) that we lost when Dustin Johnson won the November Masters in 2020.”

Odds After Each Round & Handle

On BetMGM, Matsuyama was +4000 to win the Masters. That went to +1600 after Round 1, +2000 after Round 2, and then to -120 after Round 3. Once the weekend hit, there was a small window to still capture some value on Matsuyama being the outright winner. With Jordan Spieth, Xander Schauffele, Justin Rose, and Jon Rahm all in the mix, it makes sense most tickets went towards them. Only 3.2% of the handle was on Matsuyama and 1.4% of the tickets.

BetMGM has released odds for next year’s Masters. Dustin Johnson, Jon Rahm, Jordan Speith, and Justin Thomas lead all the odds at +1200. Rory Mcllroy is +1600 despite missing the cut this year. Brooks Koepka might be a popular futures bet at +2000, but he needs to truly get healthy as the back injuries clearly caused him issues. Despite the strong showing this year, Justin Rose is +4000. Hideki Matsuyama is +2800.

Will Zalatoris is +3300, who was the runner up at this year’s Masters. If you are looking for Tiger Woods odds, at the moment they are +4000. However, there is a long way to go for him in his recovery. This is not a prediction that he will be ready.