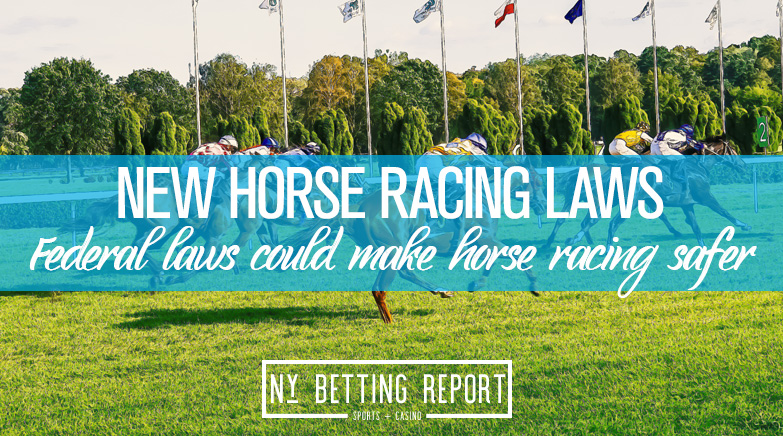 “I’m proud to be joined by prominent horse racing leaders in Kentucky as they take the courageous step to increase nationwide safety standards for horses, jockeys, trainers, breeders, and fans. I’m grateful to Congressman Andy Barr for his strong leadership on this important issue,” McConnell said.

The new act will also have a regulatory agency to oversee the new laws put in place to help horse racing called the Horseracing Integrity and Safety Authority. The news comes the same week that Monmouth Park extended its summer schedule through late fall starting October 3.

One of the biggest backers of the bill is Jeff Gural, who operates the Meadowlands racetrack. In March, multiple horse racing indictments came about after it was reported some owners and trainers were doping horses.

A lot of these allegations came up because Gural himself spent his own money trying to solve the investigation. Unfortunately, the indictments in horse racing did not get the coverage they deserved due to the coronavirus exponentially growing in the U.S. at the time.

Gural believes that this new bill is vital for the horse racing industry, as it could change the landscape into a more transparent one.

Kentucky is the home of horse racing and has the biggest events like the Kentucky Derby and home to Keenland Race Course, Churchhill Downs, and the Breeder’s Cup. It only made sense for McConnell and Congressman Andy Barr of Kentucky to be at the forefront of this bill. Senator Kristen Gillibrand of New York was another big backer of the bill.

Not only are they putting laws into place to protect horse racing, but they are also adding a regulatory agency to oversee everything. Horseracing Integrity and Safety Authority will make sure there is a level of transparency to be had with thoroughbred racing.

The Authority will make sure track standards are up to par, along with overseeing medical practices and other safety procedures for the horse racing. Sen. McConnell announced he would seek federal recognition to make sure that the Authority is the best at what they do.

“As Senate Majority Leader, I look forward to working with Congressman Barr and our colleagues across the aisle on our legislation to give federal recognition to the Horseracing Integrity and Safety Authority. Together, we can better protect every competitor and give each of them a fair shot at the Winner’s Circle.”

Although there are still many questions that need to be answered, the Horse Racing Integrity & Safety Act is a step in the right direction for horse racing. The goal is to make the industry transparent.

What Gural did back in March was heroic for horse racing, and a big part of what is going on right now. Horse racing needs people who care about the sport instead of the ones just looking for the cash grab.