How Is Betting Being Affected For Week 17? 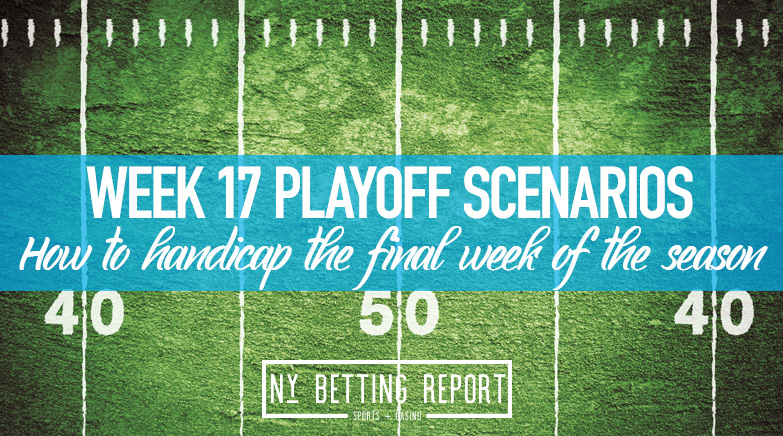 The NFL is in the final week of the season, and there are a lot of playoff implications on the line. 10 teams are competing for playoff spots this week, and it’s all hands on deck to get into the postseason. However, Week 17 is also not a normal week with betting.

Week 17 has many must-win games, but teams that need the win don’t always do so, and the history shows. This week, multiple teams deal with injuries at key positions, or teams are resting players for the postseason. This makes playoff implications more interesting because it gives an edge on who to bet and not bet.

This is a week you usually have to go a step further and understand playoff implications and understand that you aren’t playing for anything but still want to finish the season strong. NFL players do not care about the upcoming draft. That is for management and the fans. Players want to win games and compete at the highest level. If a team has a chance to knock another team out of the playoffs, they will do so. The players do not care about where their team is drafting, especially if there is a chance they are no longer on the roster.

AS of writing, the only known player resting in Week 17 is Ben Roethlisberger. The Pittsburgh Steelers are resting Big Ben in place of Mason Rudolph despite having a chance to earn the number two seed in the AFC. The Steelers were hurt earlier in the year with the COVID scheduling and feel it’s best to sit Roethlisberger.

With Big Ben out, this gives the Browns a great chance to get into the last spot’s playoffs. With the Bills holding the tiebreaker over the Steelers for the number two seed, if the Steelers are losing at halftime, it would be a good chance to take the Dolphins in the second half.

Miami needs to win to get in, and if the Bills see the Steelers losing, they can begin to pull starters, knowing they locked up the number two seed. No need to risk injury to keep a rival out of the playoffs.

Other situations to watch will be in the NFC West with the Los Angeles Rams and Arizona Cardinals squaring off on Sunday. Both teams could be missing their starting quarterbacks Jared Goff and Kyler Murray, this Sunday. That means that Chris Streveler for Arizona and potentially Blake Bortles for Los Angeles to get these teams to the postseason.

However, there is a third wrinkle to this situation. The Chicago Bears control its own destiny to get into the postseason. The Bears face the Green Bay Packers, who need to win the clinch the number one seed in the NFC playoffs. If the Bears win, they are in and potentially kick the Cardinals or Rams out of the playoffs. A lot of people do not have faith in the Bears, but anything can happen in the NFL, especially in a rivalry game.

These are the many situations to monitor heading into Week 17, and remember, a team needing to win doesn’t mean it will happen.