Is It Time to Back the Jets and Giants on Sunday? 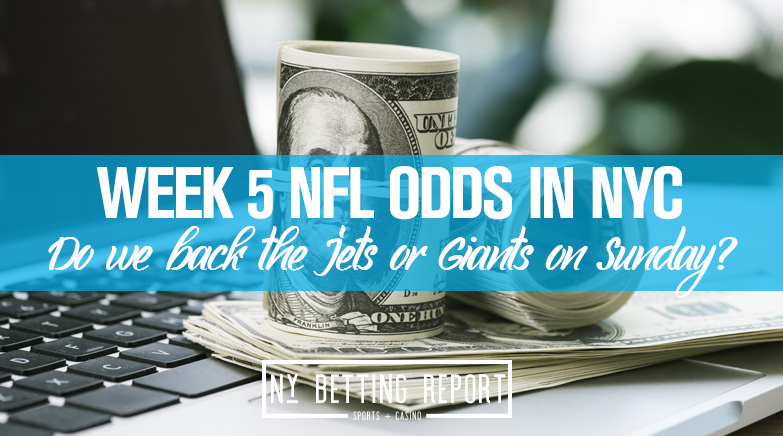 Both teams stink plain and simple, and backing them is not fun either.

The Jets are 0-4 ATS while the Giants have covered twice and are 2-2 ATS this season. There has been some hope with back the Giants, though losing to an injury-ridden San Francisco 49ers team in Week 3 does not bring confidence to anyone.

The Jets lost to Brett Rypien at home on a short week in their last game. Nothing about the Jets seems functional right now, and there is no confidence backing them in Week 5, even with 10 days to prepare and also playing at home.

The Arizona Cardinals are coming off a tough road loss in Carolina, and now have to travel back east this Sunday to play the Jets. They are laying a touchdown on the road, but the Jets have been awful this season, and Adam Gase could be out of a job before the month is over.

As for the Giants and Cowboys, points should be scored in bunches on Sunday. Yes, the Giants offense is one of the worst in the NFL, and it does not help that Saquon Barkley is done for the year. On the other hand, the Cowboys can’t stop a nosebleed, which should allow the G-Men to move the football downfield. Dak Prescott has been one of the best quarterbacks in the NFL this season and should have no problem moving the football on Sunday.

However, the Giants defense put up a good fight against the Rams last Sunday, so there is a chance that they can keep this game close, especially if Giants can put up a few points.

I do lean the Jets at +7 or better for Sunday, but there is no chance that I will put money on them despite the situational spot. The team is atrocious and will be avoided at all costs in 2020. However, the Giants and Cowboys do have some value for Sunday.

Until the Cowboys can stop someone on defense, I don’t think this number will ever be high enough. The Giants have the worst offensive efficiency in the NFL, but they should be able to put up some points in Dallas on Sunday. The Cowboys under Dak Prescott have been great, and should also hit their per game average in points on Sunday. If the Giants put up at least 20 points, then this over will hit.