Is There Early Value on the New York Teams in Week 12? 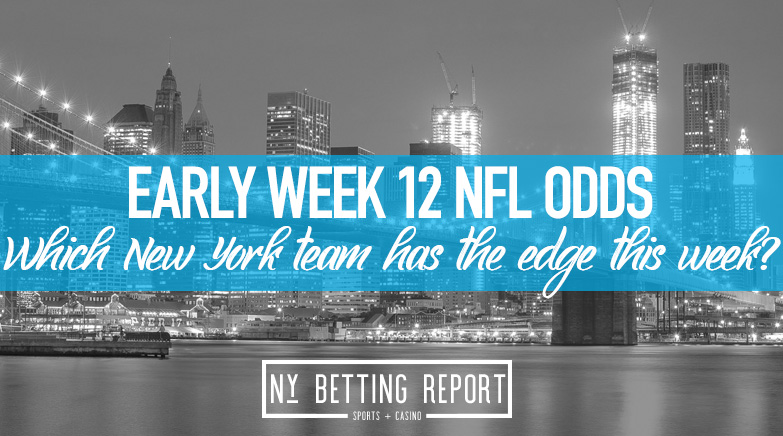 The Bills, Giants, and Jets are all back in action after the Bills and Giants had a bye week. The Jets are coming to another loss, this time the Chargers, who the Bills will play in Week 12. The Jets have the Dolphins while the Giants face a Joe Burrowless Bengals team.

Things are getting interesting down the final stretch of the NFL season. Playoff implications are heating up, and teams are looking to come up with big wins from now until the year is over.

The Chargers travel to Buffalo this week and will have an early Sunday matchup against the Bills. L.A. is coming off a win to the Jets while the Bills had an extra week of rest. Buffalo should have a solid edge in this matchup since the Chargers played last week and have a 10 AM PT start. Also, Buffalo is inching closer to its first AFC East divisional title since 1995, so this team is definitely ready to bring home that crown. Buffalo should be able to move the football against L.A. on Sunday.

The Giants will have to go up against the Cincinnati Bengals without Joe Burrow this Sunday. This gives New York a huge edge as Cincinnati will not have their best player under center. New York is also a half-game back of first place in the NFC East, so a win would be huge to stay on track for a division title. New York will need Daniel Jones to come up with another win this Sunday, and there is a chance that they are in first place after next week.

The Dolphins head to New York to take on the Jets. It’s hard to say that the Jets will be able to pull off the upset and win its first game of the season, but anything is possible in the NFL. Miami got a serving of humble pie after their loss to the Denver Broncos on Sunday. They will now need to bounce back and take care of New York to stay on pace for an AFC playoff spot.

Jets/Dolphins Under 44.5
It’s hard to see either team scoring on Sunday. As bad as the Jets are, their defense should limit Tua Tagovailoa, who has caught many breaks so far this season. The Jets haven’t had consistent offense all season, and the Miami defense will also limit the Jets’ offense, no matter who is starting at quarterback.

Bengals +5.5
Although Cincinnati is without Joe Burrow, +5.5 is too high. Burrow has been great this season, but it’s hard to argue he is worth three points to the spread. The Giants aren’t that much better than Cincinnati and should keep it within five points on Sunday despite losing the rookie quarterback.