Is There Value Backing Buffalo on Monday Night? 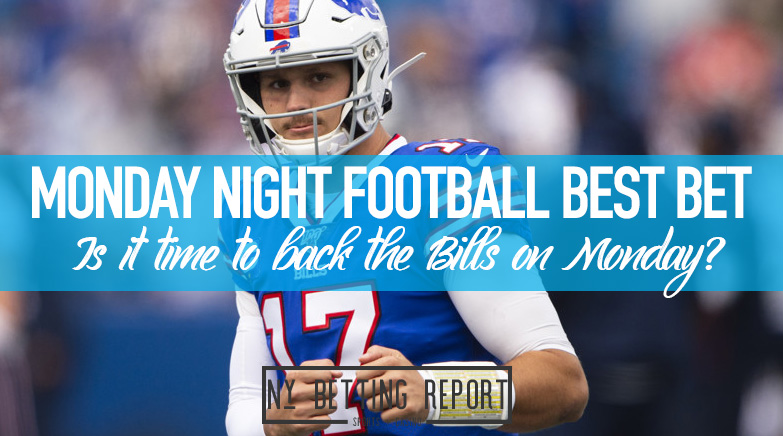 Buffalo Bills are taking on the San Francisco 49ers in the Monday night matchup. The game has been moved to Arizona due to the 49ers not playing at Levi’s Stadium for the remainder of the year. Santa Clara County’s COVID protocols will not allow 49ers home games for the rest of the season.

The Cardinals did reach out and will allow the Niners to complete the season in Arizona. This puts another wrinkle in the 49ers season. The team has been suffering from injuries all year and will not be able to play at home in December to finish in 2020.

This game could also become a rallying point for the team. Multiple San Francisco players have stated that they do not like the situation due to being further away from family, but they will have to overcome the last month of the season.

Both teams rank in the top-half in the league in yards per play. The Bills rank seventh compared to the 49ers’ 15th. It should be no surprise that both teams should be able to move the football in tonight’s matchup. The difference should come on the defensive side of the ball.

San Francisco is top-10 in opponent’s yards per play, compared to the Bills ranking 20th. Buffalo’s defense has not been as lethal this year as in recent years, but the Bills does have a quarterback in Josh Allen that can make plays.

One factor could be the mental side of the game that is hard to handicap for. Buffalo is going across the country for a Monday night matchup, and the 49ers are forced to play away from home for the remainder of the season. Overall, this situation either becomes a rallying point for the Niners, or it deflates the team in the final month of the NFL season. Traveling for a home away from the home matchup could hurt the team on Monday night against a Buffalo team 8-3 on the season.

The 49ers might have a bit better chance of running the football more effectively on Monday. Neither team ranks well in rush yards per attempt, but the Bills have struggled to stop running this season.

The matchup to watch will be the Bills passing offense vs. the 49ers pass defense. Both rank in the top-10 in yards per attempt, so the team who comes away with the better performance should win on Monday. If Buffalo can limit the San Francisco passing offense, this team should come away with a victory. The 49ers have a better defense, but Buffalo has a more efficient offense.

Bills ML +105
The mental edge that the Bills should have in this game will help them come away with a road Monday night win. Not only does Buffalo need to win to stay in first place of the AFC East, but the 49ers are playing a ‘home away from home’ game that 49ers players are frustrated with. With San Francisco in last place in the NFC West, the team could be checking out of the season early.