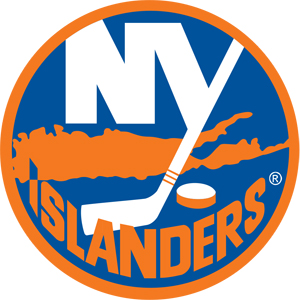 The New York Islanders have been one of the best stories in the 2020 Stanley Cup Playoffs, but their storybook run could be coming to an end soon. New York has lost the first two games of the Eastern Conference Finals to the Tampa Bay Lightning.

Tampa Bay cruised to an 8-2 victory in Game 1 of the Eastern Conference Finals, and the Islanders looked completely overmatched. The Islanders were able to play much better in Game 2, but the final result was still the same.

New York looked like they were going to force overtime in Game 2, but the Lightning were able to strike late. Nikita Kucherov scored a goal with just 8.8 seconds remaining in Game 2 to give the Lightning a 2-1 victory.

There is still plenty of time for the Islanders to get back into this series, but they face a must-win situation in Game 3. Only four teams in NHL history have been able to come back and win an NHL Playoff series after falling into an 0-3 hole.

The New York Islanders scored just 2.78 goals per game this season, and their offense has not gotten any better in the playoffs. There were times this postseason where New York had a big game, but there is just too much inconsistency.

The Islanders have managed just three goals so far in this series, and that won’t be enough offense to knock off the Lightning. Josh Bailey leads the team with 17 points this postseason, and Anthony Beauvillier has scored eight goals to pace the offense.

Will Islanders Win Any Games?

Even though the Islanders are huge underdogs in this series, there are still some intriguing betting options. FanDuel Sportsbook is also offering correct score series betting, and the Islanders can change that outcome by picking up a win.

Here are the current series betting odds as offered at FanDuel Sportsbook:

Although both of the conference finals series have completed just two games, two teams have emerged as clear favorites to win the Stanley Cup. The Tampa Bay Lightning are listed as the favorite at -115, and the Vegas Golden Knights are next on the list at +165.

Tampa Bay was the best team in the NHL a season ago but was upset by the Columbus Blue Jackets in the first round of the Stanley Cup Playoffs. Vegas was in the Stanley Cup Finals just two seasons ago before falling to the Washington Capitals.