Islanders Move on in the NHL Playoffs 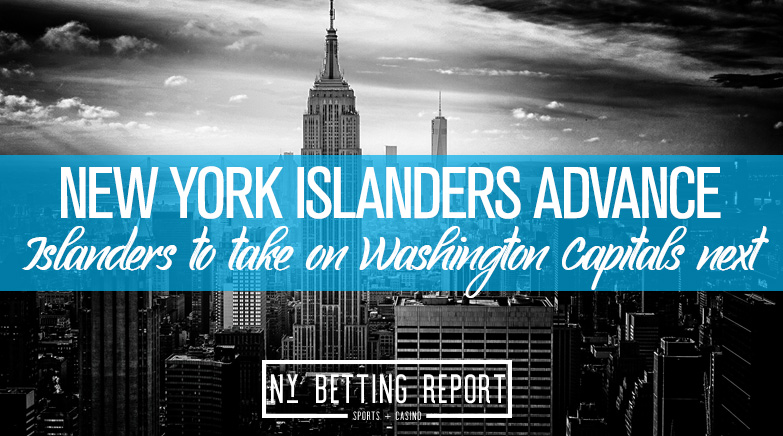 The New York Islanders knocked off the Florida Panthers in the qualifying round of the NHL playoffs. The Islanders will now move onto the next round where they will face the Washington Capitals. As of writing this, the Islanders are +140 to beat the Capitals in the upcoming series, according to DraftKings Sportsbook.

The coaching matchup will become a big storyline this week as Islanders head coach Barry Trotz won the 2018 Stanley Cup with the Washington Capitals. The Capitals assistant head coach at the time was Todd Reirden, who took over as head coach when Trotz left Washington over a contract dispute.

“It’s the Washington Capitals vs. the New York Islanders not Barry Trotz vs. Todd Reirden,” said Capitals coach Todd Reirden, who was elevated from associate coach to succeed Trotz. “It’s a team effort.”

In the last two seasons, the Islanders and Capitals have played eight times. In those eight games, the record is even at 4-4 for both sides.

Since Barry Trotz took over the Islanders two seasons ago, New York has matchup very well against the Capitals. Although the Capitals have more talent, Trotz knows his former team like the back of his hand and knows how to limit guys like Alex Ovechkin in a game.

Braden Holtby will be the Islanders starting goaltender this series, which should give the Islanders and edge. Holtby has been playing below average with a .897 save percentage and allowing 3.11 goals in 47 starts. Not great numbers for a team trying to win in the playoffs.

The biggest issue could be the penalty kill for the Islanders. New York could not stop Florida when they were on the power-play and scored seven goals. That could be bad especially with the Capitals lethal power-play.

Is there an Edge?

Overall, the Islanders have a slight edge in value for this series. Although the Capitals are the more talented team, New York has shown they can hang with Washington under Trotz.

With a record of 4-4 against one another, this series could easily go to a game seven with how tough the matchup will be. Yes, the Capitals are the more talented team, but the goaltending issues could become a factor for Washington if Holtby cannot clean it up.

The Islanders will also get defenseman Johnny Boychuck back this series as well. Boychuck was injured in game one against the Panthers. He should be able to help New York out defensively, as they will need all the help they can get going up against Ovechkin and company.

The series price at +140 looks appealing, along with playing a possible over or two during the series. The Islanders should be able to score goals if Washington’s goaltending is still an issue.