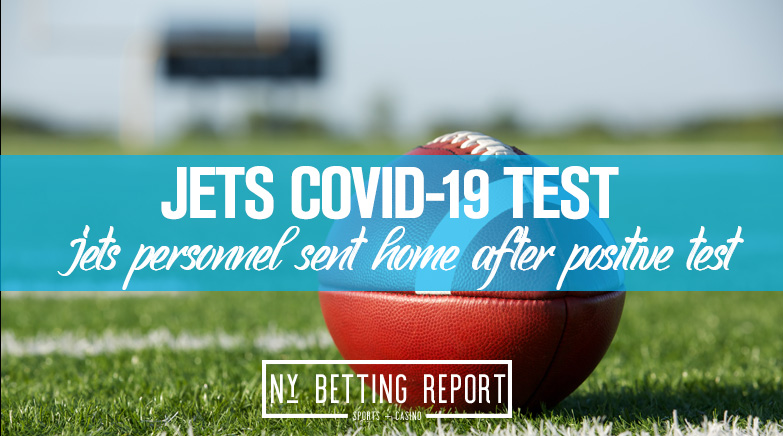 On Friday, the New York Jets saw one of their players test positive for COVID-19, which sent home players and coaches for the day. The player has yet to be announced, as of writing this. The player was retested on Friday for confirmation.

Jets players and coaches are working remotely on Friday in preparation for Sunday’s game against the Arizona Cardinals. “All plans are the same until someone tells us to change,” Cardinals general manager Steve Keim told Arizona Sports 98.7 FM. “So we’ll fly out [Friday] and … hopefully play on Sunday.”

Until they are told otherwise, the Cardinals will be traveling to New York on Friday. The team hopes that this is a false alarm and will be able to play Sunday. However, the game could be postponed or played during the week.

What Does this Mean for the Jets

The New York Jets were sent home on Friday after one of the players tested positive for COVID-19. Right now, that player is being retested to confirm it was not a false-positive.

The game is expected to go on as planned Sunday in hopes of no postponement or delay to early next week. Last week, the NFL pushed the Chiefs and Patriots game to Monday night after Cam Newton tested positive for COVID-19. This could be the same situation for the Jets and Cardinals.

However, the Patriots and Broncos game was pushed to Monday night after Stephon Gilmore tested positive earlier this was, along with the Chargers and Saints playing in the normal Monday night spot. The NFL could consider having the Jets and Cardinals play on Tuesday if they have too and share a primetime spot with the Bills and Titans, who are hoping to play that night due to the Titans COVID outbreak.

Rescheduling NFL games has already been a nightmare. After a quiet preseason and first three weeks of NFL games, the league has experienced multiple COVID outbreaks among teams. This has caused games to be postponed or rescheduled, and we are only in Week 5.

The MLB did have a similar issue early in their season when the Cardinals missed two weeks of baseball due to a COVID outbreak. Now, the NFL has a situation brewing and need to put a stop to it if they want a full 16 game season.

A positive COVID test for the Jets might be a blessing in disguise. New York has been awful this year, and it is probably not going to get any better on Sunday if they can play the Cardinals. The Jets are 0-4 SU and 0-4 ATS with a -66 point differential this season. The Cardinals are coming in to bounce back from their loss against the Panthers on Sunday.

Maybe if the game gets delayed to Monday or Tuesday, then the Jets have an edge. Maybe the scheduling throws off Arizona, and New York can sneak away with a win. However, that also means head coach Adam Gase is doing the things he needs to do to prep for the Cardinals, and he does not have the capabilities to do so.