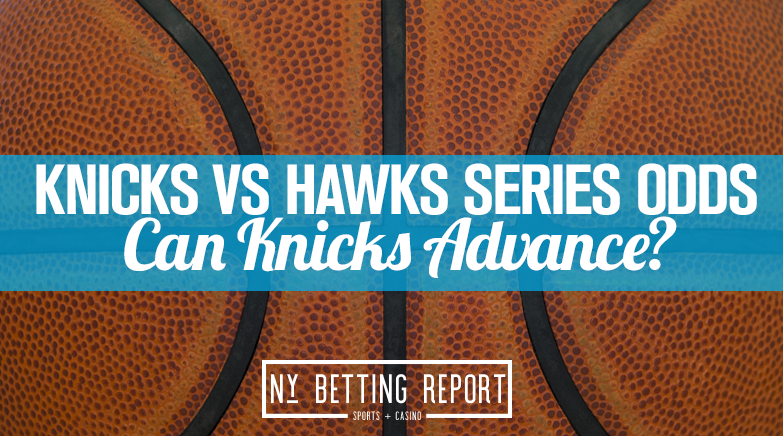 The New York Knicks have finished out of the play-in games, meaning they will take on the Atlanta Hawks in the 4-5 matchup. Both teams were not projected to finish as high, given the Celtics and Heat are both below them. They dodge the play in game but they will have a tough matchup against the 76ers, assuming they win their first round. DraftKings Sportsbook has listed the series odds, and the Knicks are slight favorites to advance.

On DraftKings, you can find series lines within the NBA section. There are some close series and Knicks-Hawks is one of them. The Knicks will have home court in the first round, which bodes well if this series goes deep. This is going to be a close series and I would expect most lines for the games to be within just a few points. Game 1 has already opened with the Knicks being favored by -2, and -129 outright winners. All three games have been within ten points. The Knicks have swept the Hawks in the season series, but that isn’t something that is a huge deal with how the season went.

Atlanta at full strength is a solid team that can put up numbers. They were a better team with D’Andre Huner, given he is a physical and defensive presence. The Knicks have the culture built in where Thibs is getting the maximum effort and everyone has bought into the system. Atlanta has more scoring options but will they do enough of the dirty work it takes to win a playoff series?

A lot will ride on Julius Randle keeping up his current form, but who will be the secondary options for the Knicks to step up. Derrick Rose and RJ Barrett will play a large part. Burks, Quickley, Rivers, and Bullock will also need to be ready when called upon.