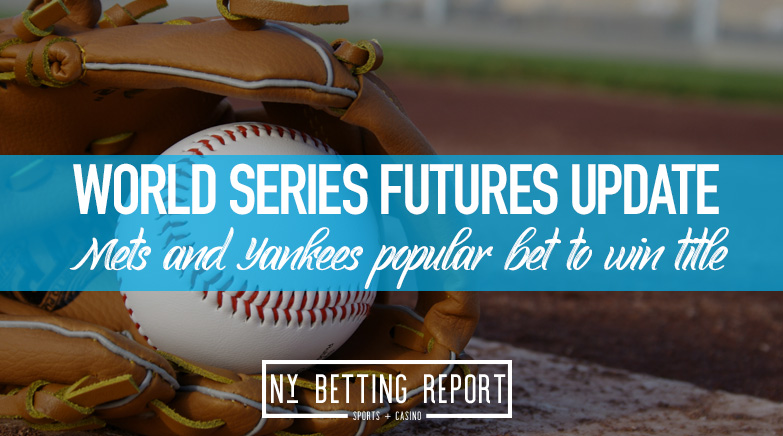 Both of New York’s baseball teams are seeing a lot of action in the futures market leading up to the start of the MLB season. The Yankees are an obvious favorite to win the World Series, and the public has been eating up the +400 odds FanDuel has them listed as.

Also, the Mets are seeing traction, which makes them either second or third biggest handle to win the World Series sitting at +2200, according to FanDuel. The Yankees have the largest handle at FanDuel, DraftKings, and PointsBet. However, the Mets are not far behind.

Anything can happen in a 60-game season, and bettors feel like there could be another New York World Series.

Why the Mets and Yankees

New York is known to have high expectations for their sports teams every year, and it is no different even during a pandemic.

The Yankees are coming off a 103-win season, which included injuries to Giancarlo Stanton, Aaron Judge, Luis Severino, and others. The Bronx Bombers will still be missing Severino and Judge to start the season but did bring in Gerrit Cole as the crown jewel this offseason. Plus, they should have a healthier roster poised to make a World Series run.

Over in Queens, the Mets have on the best teams they have constructed in recent years. They will not have Noah Syndergaard to start the season but have a lineup ready to go with Yoenis Cespedes, Michael Conforto, Pete Alonso, and Jeff McNeil in the heart of it.

The Mets and Yankees both have tough divisions and arguably the toughest region to get through this season. With their schedules, they will see very good teams almost every series making a trip to the playoffs that much better.

The public feels very highly of both teams, so it should be interesting to see how things play out. The Yankees come in as the favorite to win the AL East. Their Queens rival has to jump the Braves, Nationals, and Phillies if they want to claim the NL East. The 60-game set up should make it interesting for New York World Series ticket holders.

Also, the Yankees see traction for MVP futures for some players. Gleyber Torres and Aaron Judge are in the top five of the most bet players to win MVP. Torres is coming off a great 2019 season, as Judge has been a public favorite to win MVP since making it to the MLB. Right now, the Mets do not have anyone on their roster in the top five to win NL MVP.

The Yankees and Mets maybe two of the heaviest bet teams to win the World Series, but there are some long shots on the board that could bust some sportsbooks. According to PointsBet, the Blue Jays and Royals are the two biggest liabilities they have on the board.

Toronto and Kansas City sit at +10000 and +30000, respectively. In a season where anything can happen, there is no reason not to fire on a longshot. Toronto has one of the most exciting infields in the MLB with Vlad Gurrero Jr., Bo Bichette, and Cavin Biggio. Also, Toronto brought in Hyun-Jin Ryu and Tanner Roark this offseason to help out the rotation. The Blue Jays are young, but there is a chance that that could sneak in as a wild card and make some noise.

As for the Royals, there is a chance that bettors like their odds instead of the roster. They lost over 100 games in 2019 and have not made significant offseason moves to put them in the right direction. They are in rebuilding mode and will most likely be towards the bottom of the MLB standings. However, in a 60-game season, anything can happen.