Mets & Yankees Are Heating Up, What Do The Odds Have To Say 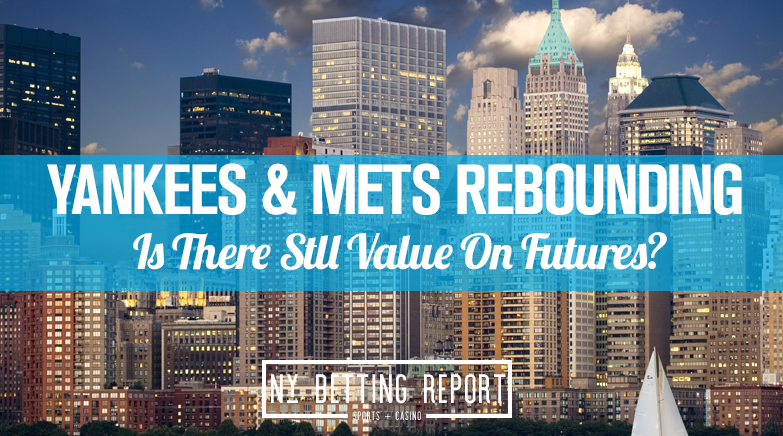 Both the Yankees and Mets were preseason favorites to win their division and also be within the first few teams to win the league. The Yankees and Mets both got out to somewhat sluggish starts, but both have now won seven of their last ten games. The Mets are a game ahead of the Phillies in the NL East, while the Yankees are 3.5 games back of the Red Sox in the AL East. Team futures are changing every day, and not much has changed at the top as the Dodgers are still sitting with the best odds to win the World Series. There are some interesting changes for the Mets since Opening Day.

The Mets have a tougher road to get to the World Series compared to the Yankees, who face a much weaker American League. The Padres and Dodgers are still listed ahead of the Mets, putting the Mets third among National League teams and 5th among teams in the MLB. New York at +900 is very intriguing right now, and the odds shouldn’t sway too much given the Padres and Dodgers will continue to be talked about as favorites ahead of them.

Looking ahead at the division winners, the earlier, the better to buy on a few of these teams. The Mets are back in first place, but it will be a close race between them and the Braves. Philadelphia is in the mix as well, but the bullpen continues to be a disaster. Jacob deGrom just hit the IL, but it doesn’t seem to be a serious injury. Injuries could change the Mets season outlook real quick. The offense should hit their stride as a whole soon, and value could diminish on some of these odds.

Despite the Yankees being a few games back in the division, oddsmakers still believe they will be the favorites. They are -112, making the Red Sox a better value to win the division currently. The Yankees are the better team, and offensively things have also begun to get rolling. New York has already started to look better, but they will need to get a bit more out of the staff moving forward. Now the Yankees at -112 right now will be better when things even out for the Red Sox, and the Yankees end up leading into the summer. So while I say Red Sox are a better value to take a shot on, the Yankees value is still very solid.

They are expected to make it out of the American League as they are +700 and have the best odds of any American League team to win the World Series. Chicago is +900 and the Red Sox are +2000. In a playoff series, with everyone healthy, it would be a tough task to upset the Yankees. Neither teams around have enough pitching depth to make a run at them. That could change if teams make a move and also if the Red Sox get a healthy Chris Sale back soon.