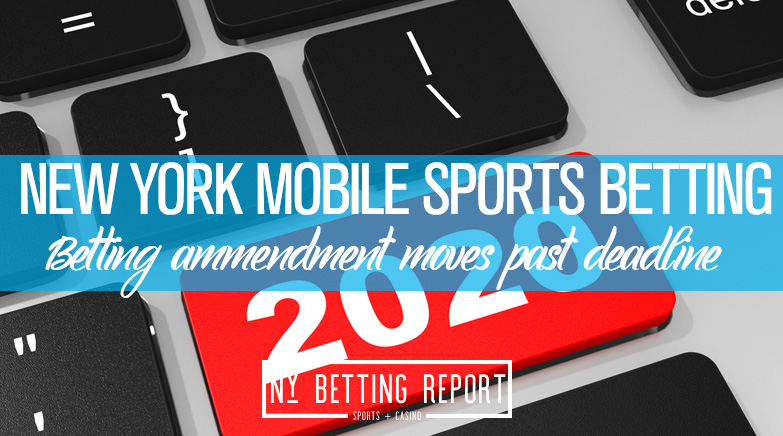 On Monday, the New York state legislature had a chance to approve mobile sports betting and failed. The goal was to approve language to get mobile betting legalized in the Empire State. The deadline came and went without any fireworks.

With the missed opportunity, New York will now have to have a sports betting bill backed in the 2021 and 2022 sessions, and go on the November 2022 ballot for a vote across the state.

Senator Joseph Addabbo has been the big backer in the mobile sports betting bill in New York. He has fought hard to get is passed. Yet, he does not have the support from Governor Andrew Cuomo or Assembly Speaker Carl Heastie.

With the two not backing mobile sports betting, this puts any bill in limbo of being passed.

Sen. Addabbo and Assemblyman Gary Pretlow are now focusing on how they can get sports betting passed sooner than later.

New York is facing one of the largest budget deficits in the U.S., thanks to the coronavirus. The Empire State is looking at a $13 billion deficit thanks to the pandemic, and sports betting looks to be one of the easiest ways to get a revenue stream going.

Addabbo has said that New York could generate $200 million in revenue if mobile betting is passed within the state.

A 2019 report by Eilers & Krejcik estimated that New Yorkers wagered $837 million in New Jersey last year; almost 20 percent of the Garden State’s total of $4.6 billion. Even on revenues of $299 million, New Jersey only collected $35 million in taxes.

The amount of money that is wagered by New Yorkers in New Jersey is staggering. If New York passes mobile betting, then they bettors can stay in New York and wager that way. Mobile betting will allow the state to keep money within the state that they can use to help with the budget deficit.

However, the issue is that New York would still only collect millions of dollars in taxes instead of billions. However, this would be a step in the right direction for the state in the sports betting industry and trying to fight the deficit.

In 2013, the New York approved an amendment to build for casinos in upstate New York. The casinos would be allowed to have sports betting if it ever became legal. Since the pandemic broke out in New York, casinos have remained closed despite neighboring states and New Yorks tribal casinos reopening.

This is another way that revenue has been cut off for the state to use. Cuomo has stated that casinos can create another outbreak for the state to deal with. However, tribal casinos and Atlantic City have reopened and had no issues up to this point.

There is a chance to bring a casino to New York City at the beginning of 2023. This is part of the amendment in 2013 when New York built four casinos in the upstate.

Earlier this year, a gaming expert valued such licenses at $1 billion, according to reports. Despite mobile betting not bringing in billions of dollars to the state, a sports betting license for New York City could change the game for the state.