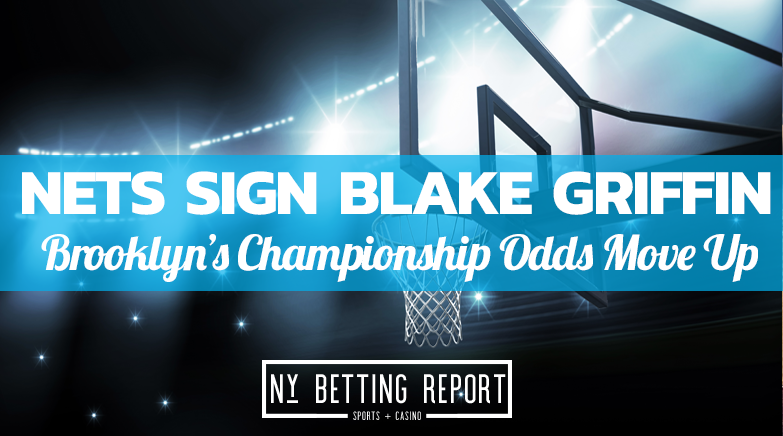 Brooklyn has been sitting behind the Lakers when it comes to NBA title odds, but they are starting to narrow in and could even overtake them over the next few weeks. The Nets went into the break, winning nine of their last ten games and close the 76ers lead to just a half-game in the Eastern Conference. Overall the Nets have the fourth-best record in the NBA, and this is without their big three playing at once for most of the season. Kevin Durant is working his way back from injury, but the Nets have been just fine with Kyrie Irving and James Harden running things.

31-year-old Blake Griffin was playing the veteran role in Detroit but was bought-out before the all-star break. Griffin has had an on and off year when it comes to injuries and rest, as would anyone with his medical history. He was averaging 12-5-3 in Detroit, shooting just 36% from the field, 13% below his career norm. Whether that is solely just the effects of playing winning-less basketball in Detroit or he has really fallen off, we will see how he takes over in Brooklyn. While it is unlikely, we see Griffin return to being 20 points per game type of player. This is certainly the perfect group to play 20-25 minutes a night and make a real impact.

Back in the “Lob City” days, Jordan and Griffin played side-by-side in Los Angeles. It has been a long journey since then, and both players have fallen quite a ways from their prime. Brooklyn’s frontcourt is incredibly thin, and during the Harden trade, they lost their best big, Jarrett Allen. We have seen a lot of talks on Durant playing a small-ball five, as well as Jeff Green. Griffin is going to be in that role as well and coming off the bench behind Durant and Jordan. It also gives the Nets some coverage for when Durant needs rest. We should see Griffin have a bit of a spark and his professionalism is at the highest end. With the playmakers at the guard position, Griffin should have an easier time gelling with his new teammates.

The Nets are beginning to move up in odds. They have been viewed as the second-best team in the league compared to the Lakers, just based on odds, but now the Nets are +300 to win the NBA title. The Lakers are +250, and the Clippers are +500. The Nets were just in this +400 and +500 range not too long ago. Part of this is the addition of Griffin and drawing more public interest on the Nets, but also they were on a major run before the break. The odds are only going to continue to rise and the value has already dropped off quite a bit from a few weeks ago. The East is really looking to be between the 76ers and Nets, with the Bucks struggling and teams like Boston, Miami, and Toronto not even close in talent.