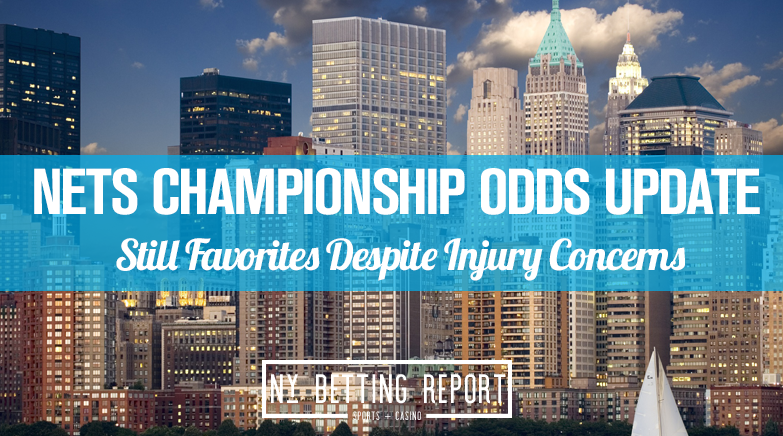 The NBA regular season is about to wind down but there is still a lot to play for given the play-in games and top seeds. It is coming down to the wire for the one-seed in the East. The Nets currently are a half-game back of the 76ers, yet the 76ers are favorited to hold this position given they are favorites to win the division. There have been a lot of injuries that could sway these playoffs. LeBron James left last night after another ankle injury, Jayson Tatum and Jaylen Brown just left the game, and Denver’s season rides on Nikola Jokic’s shoulders after the Jamal Murray injury. Brooklyn is a team that needs to get healthy and stay healthy. All three have missed time this season and sometimes it has been extensive. We know they are the team to beat if all three are healthy and oddsmakers agree.

Winning the East for Brooklyn is going to come down to really betting out the 76ers and Bucks. There is a clear drop off after that as teams like Boston, Miami, and Atlanta are not going to come close to Brooklyn. Atlanta would be interesting just because they can put up buckets but struggle defensively. The Bucks are +350 to win the East and the 76ers are +440. Both have been contenders to come out of the East for a few years now, yet have not gotten past the conference finals. If Brooklyn is healthy, it will be a tough task, but if the Nets are missing someone, things will get more interesting.

Brooklyn is the frontrunner for the NBA championship at the moment. The Lakers are +350 but if they are missing either of James or Davis, I can’t see them winning it all or even making it out f the west. The Clippers and Jazz are next in line. Utah is interesting given they have multiple three-point shooters and players they can throw on defense. After that, we are looking at the Suns at +1600 and Nuggets at +3500. These are the viable teams that could take down the Nets at least by odds.