FanDuel Sportsbook has intentionally withheld dozens of payments on soccer bets that were made in mid-July. This decision is now being investigated by gaming regulators in both New Jersey and Indiana.

FanDuel has withheld the winnings from their customers because they believe that a clear error was made, and they should not be responsible for the winnings. The New Jersey Division of Gaming Enforcement has been reviewing the case after receiving numerous complaints from FanDuel customers.

Betting on soccer became extremely popular in both Indiana and New Jersey during the month of July as other professional sports had not yet returned to action. These bets in question were placed between July 12 and July 15, and most of them were made online.

Almost all of the bets were won by customers, and the bets in question were placed on four major soccer leagues. The leagues that were targeted by bettors were La Lige, Serie A, MLS, and the English Premier League.

Tens of thousands of dollars were bet during these four days, and it resulted in FanDuel Sportsbook owing more than $200,000. FanDuel does have language on their site that allows them to settle bets using the corrected odds, but these 50-plus bets have not been dealt with within a few weeks.

One of the matches in question was a game between FC Cincinnati and Atlanta on July 12. Daniel Leavy visited the FanDuel Sportsbook in New Jersey and noticed that an alternate line had FC Cincinnati at +5.0.

Leavy made a $5,360 bet on Cincinnati to cover that spread and then doubled down with another $4,640 bet. After FC Cincinnati won the game by a score of 1-0, Leavy was told that the bets were being held as FanDuel worked on reviewing them.

A similar situation occurred at the Blue Chip Casino in Indiana, and those bets have not been paid out either. Both states are working with FanDuel to correct the issue and get some sort of payment made to the customers.

Not a First For FanDuel Sportsbook 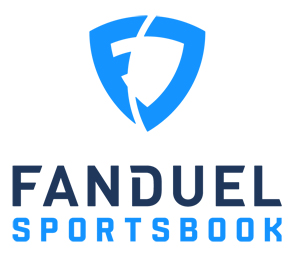 The growth in the sports betting industry in the United States has brought more scrutiny when it comes to errors from the bookmakers. This is the second controversy that FanDuel has been involved in over the past two years, and New Jersey was the site during that controversy as well.

This time the error came during an NFL game, and the odds were posted wrong for a live bet that was offered. The Oakland Raiders and Denver Broncos were competing in the final minutes of a close game, and FanDuel favored the Broncos.

The bookmaker attempted to post live odds of -600 on the Broncos to win the game but instead posted the odds at +75,000. The error lasted just 18 seconds on the website, but that was enough time for at least 12 bets to be made on the Broncos.

FanDuel ended up paying out more than $200,000 to the bettors that took advantage of the error, despite taking their case up with the New Jersey Division of Gaming Enforcement.